How India tackles the emergent threat of superbugs will affect countries in the neighbourhood, like Nepal
Nayan Chanda 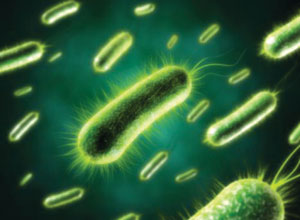 India has to redouble its efforts to tackle the emergent threat of superbugs that risks turning the situation into a time bomb.

Superbugs are pathogens resistant to known antibiotics, and in recent years have caused thousands of deaths around the world. Even developed countries like the US and those in Western Europe see nearly 50,000 deaths each year from infections caused by antibiotic-resistant bacteria.

In 2010, a British scientist named a superbug NDM-1 (after New Delhi where it was found) and it caused an uproar. Some even spoke of a plot to harm India’s rising medical tourism. Now, a research paper published by the US National Institute of Health has named India as the likely home of superbugs. The paper warned that health care providers should be aware of the increased risk of superbug infection ‘among returned travelers, especially those from India’.

Shortly thereafter, President Obama concluded that superbugs pose a serious public health risk and appointed a commission to prepare a five-year plan to confront the potential spread of the disease. The seriousness and international nature of the problem was highlighted by the fact that in addition to the relevant health authorities the commission included the state and defence departments.

In a way, those afflicted with the superbug are victims of India’s success. The rise of the country’s $12.4 billion pharmaceutical industry, producer of nearly one-third of the world’s antibiotics, has seen the proliferation of powerful generic drugs to every corner of India. Until recently, local chemists in any small town would hand strips of antibiotics, without a prescription, to customers complaining of common ailments like diarrhoea, fever or cough.

The indiscriminate use of such magic drugs has provoked an inevitable response: the bugs have gradually developed a resistance to antibiotics. According to Yale University’s Manisha Juthani-Mehta, a specialist in infectious diseases, up to 90 per cent of Indians have drug resistant variety residing harmlessly in their intestines. The problem is that open-air defecation and poor public hygiene have allowed the superbug to contaminate the river, waterways and even drinking water. If such bacteria infects other organs or enters the blood stream it can be lethal. There have been incidences in India’s private hospitals where international patients, after undergoing routine bypass surgery, have died of an infection from superbugs.

Global concern led India to set up a taskforce in 2011 to address the issue. After initially blaming unnamed foreigners for plotting to damage India’s medical tourism industry the government has taken some long overdue measures. A decision earlier this year requiring chemists to insist on a doctor’s prescription before selling common antibiotics should help in reducing the overuse of antibiotics. However, the efficacy of the rule will depend on its enforcement. The Modi government’s cleanliness campaign and the drive to build toilets in the countryside, where millions relieve themselves in the open, is a good start. Along with measures to provide toilets, clean drinking water and build sanitation infrastructure, India needs to launch mass education campaigns about public hygiene and preventive healthcare. (YaleGlobal)

Nayan Chanda is author of  Bound Together: How Traders, Preachers, Adventurers, and Warriors Shaped Globalisation.