Under the Trump, the future looks bleak for Nepalis staying on

HOME AWAY FROM HOME: (From left to right) Mona Lama in Nepal with her daughters and husband, at the day care in New York where she now works, and her grown up daughters in America. Sabina Shakya (right) could stay on in the US to gain work experience after her college studies. But both Lama and Shakya are among 15,000 Nepalis in the US who benefited from the TPS scheme, and may now have to return to Nepal.

Sabina Shakya was nearing completion of her Optional Practical Training, which allows international students to work in the United States for up to three years after graduation, when the 2015 earthquake struck Nepal.

The Department of Homeland Security gave Nepal Temporary Protected Status (TPS) for 18 months, allowing Nepalis who had been living in the US before June 2015 to stay and apply for work and travel permits, regardless of previous immigration status. Nepal’s TPS was renewed for another 18 months in October 2016.

“For me TPS was a blessing,” says Shakya, who is currently a program officer at a nonprofit in Manhattan. “It helped me stay on in the US, find a job and gain work experience that I would not have been able to get otherwise.”

Nearly 15,000 Nepalis had received TPS as of October, according to a Congressional Research Service report. Some like Shakya came to the US legally as students, and were struggling to obtain work visas. Many others are undocumented, having overstayed their visas or crossed the border illegally from Mexico.

“TPS has benefited thousands of Nepalis who were out of status,” says Narbada Chhetri, director of organising and advocacy at Adhikaar, a New York City-based nonprofit that campaigned for the extension of TPS for Nepal. “Many are individuals living here for over 10-15 years and are here because they want better lives for their children and their families.”

Mona Lama, 49, came to the United States on a tourist visa with her husband in 2005. While he returned home to Kathmandu soon after to take care of their two daughters, Lama stayed behind, becoming an undocumented immigrant. For 12 years she lived in constant fear of being detained by immigration authorities.

“Every time I saw a cop on the subway or on the streets, I’d start panicking,” recalls Lama, who works as a nanny in New York City. “I’d think they had come to get me and that I’d be immediately deported.” 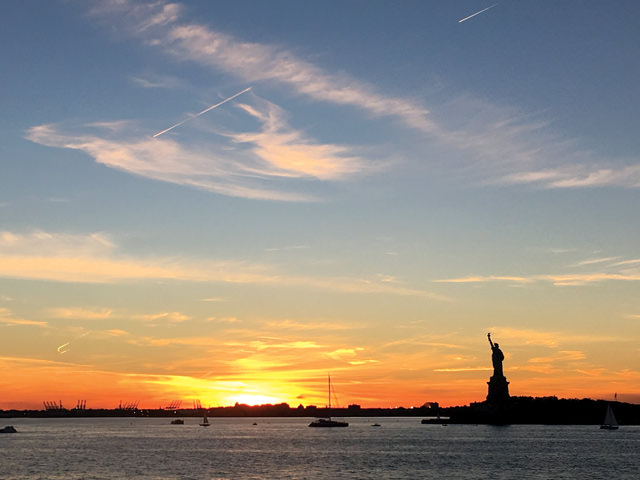 Despite the uncertainty she had no other choice since she is the main support for her family back home. Her husband’s trekking business suffered during the conflict and eventually shut down.

“The situation at the time was very bad,” says Lama. “There was nothing I could do there to be able to provide sufficiently for my family.”

Lama applied for TPS with assistance from staff members at Adhikaar in 2015. After her application was approved, she says, she applied for health insurance and work and travel permits.

“For the first time in 12 years, I was able to finally go to a hospital without fear,” says Lama. “And that happened only because I received TPS.”

But given the Trump administration’s recent decisions to end the Temporary Protected Status program for over 58,000 Haitians and 5,000 Nicaraguans, there’s now concern in the Nepali community about the possibility of TPS extension for Nepal.

Nepal’s TPS expires in June 2018 and if it is not renewed, tens of thousands of Nepalis will have to go back within a given time period (usually between 6-18 months) or face deportation.

“Looking at Haiti, it seems like they’re planning to end Temporary Protected Status for all countries,” says Pabitra Khati Benjamin of Adhikaar.“But it’s hard to read the mind of the Trump administration. The way they make their decisions doesn’t often have a logical course.”

The decision rests on the Department of Homeland Security’s evaluation of current conditions in Nepal, including factors such as political instability, slow recovery and other recent natural disasters, while assessing the conditions.

Benjamin says her organisation will be actively campaigning for the program’s renewal and sees a small hope in the fact that Nepal has had TPS for only three years as compared to other TPS recipient countries that have enjoyed the protection for much longer. Mona Lama, who was hoping to visit her family, whom she hasn’t seen in 12 years, in February is now rethinking her plans. “I had high hopes of seeing my family, spending time with them,” she says, “now that things are so uncertain here, I won’t be able to. It’s heartbreaking.”