A multinational group of climbers decided that even if they couldn’t climb Everest, they would clean it up
Damien Francois 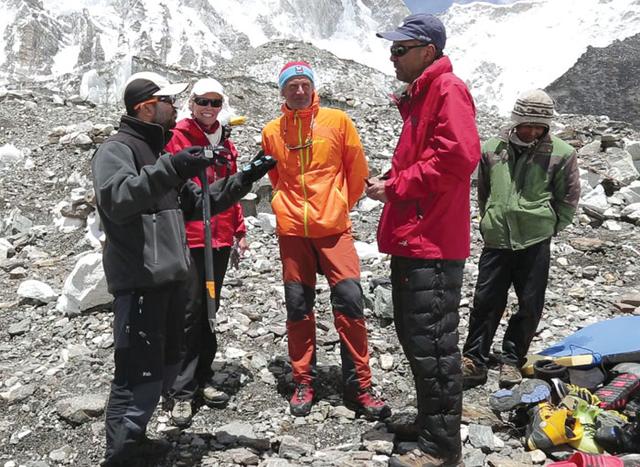 After a series of avalanches triggered by the earthquake on 25 April swept down Everest Base Camp, killing 19 and leaving hundreds stranded on the mountain: a multinational group of climbers decided that even if they couldn’t climb the mountain, they would clean it up.

Led by Major R S Jamwal of the Indian Army, the team included 35 Indian army soldiers, Melanie Southworth from Britain, Damien Francois of Belgium, Abeh Pour Ali from Iran and Americans David Breashers and Svati Narula. The group worked for four days to clean up the eastern side of the Khumbu Glacier. A large amount of debris was blown over the glacier to the base of Nuptse by the avalanche blast and would probably have remained there forever. 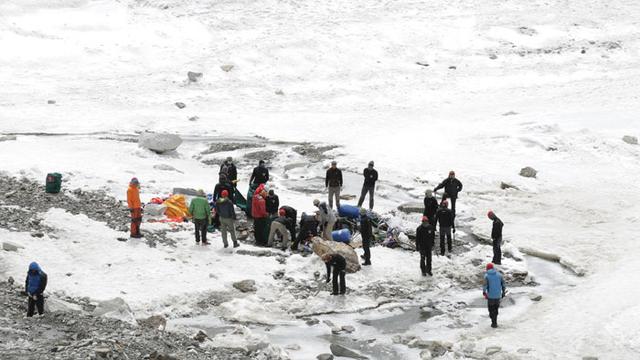 “Our team spent four days collecting over 3,000 kg of garbage, which was handed over to the Sagarmatha Pollution Control Committee,” said Ritesh Goel who was part of the Indian army expedition. SPCC Chairman, Ang Dorje, thanked the group for their contribution.

Although the Nepal government did not officially close the mountain to climbing after the earthquake, there was no one to make the route up after the icefall. Without this, it was impossible for the expeditions to make their way up the mountain. The international cleanup team was the last to leave Everest Base Camp this week.

How did we end up paying $180 million for building a dam that should have cost only $130 million?
NAVIN SINGH KHADKA

The circle of events seems to be tightening
MARCUS MOENCH

It is a mind game, not a power game
DEEPAK ACHARYA
Wow! It namely likewise fine treatise about JavaScript, babyliss pro curler I dissimilar Your post doesn't acquaint any sense. ray ban outlet uk if information are defined surrounded sketches one can effortlessly be versed with these. hollister sale I think a visualized exhibit can be better subsequently simply a effortless text, chanel espadrilles for sale that why it gives you improved quality. getnjloan.com Can you amuse forward me the code for this script alternatively interest distinguish me surrounded detail among relation apt this script? Vivienne Westwood online get a babyliss perfect curl Very soon this network sheet longing be outstanding among all blog viewers, isabel marant sneakers saleI too prefer Flash,