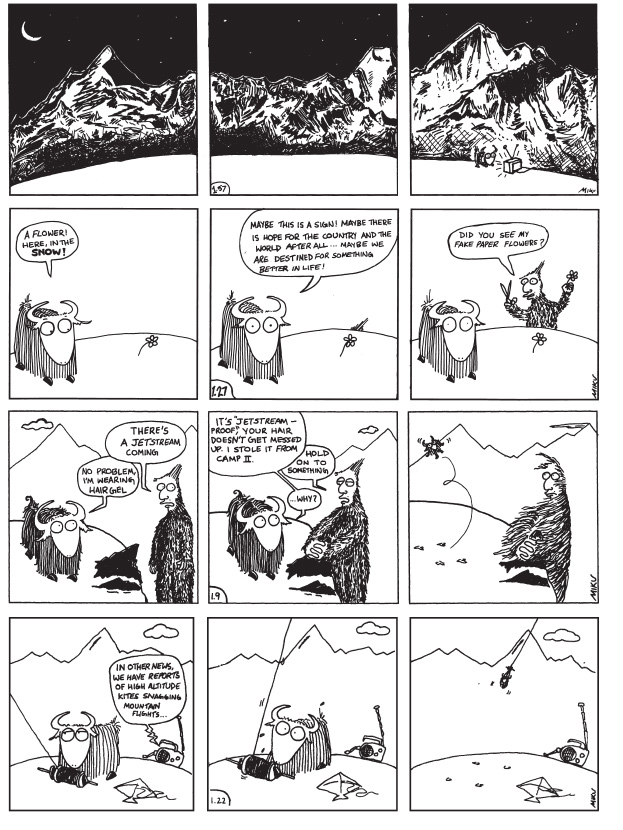 Between 2001-2002, Nepali Times carried the Yakyetiyak cartoon strip by Miku every week. The two characters in the strip are an existential Yeti and a talkative Yak who bounce jokes off one another, subtly exposing society’s hypocrisies and human idiosyncrasies. Yakyetiyak had a cult following among readers of the newspaper who sought comic relief in its self-deprecating satire as Nepal was mired in deeper crisis.