TEMPLES OF DOOM (right): Krishna Mandir is one of the few temples still standing in Patan Darbar Square.

The bad news is that much of Kathmandu Valley’s historic core was reduced to rubble in the 25 April earthquake. The good news is that the temples and palaces have frequently been destroyed every 100 years or so, and they have always been rebuilt.

Many of the historic temples, rest houses and ancient palace complexes that came down on Saturday were also destroyed in the 1934 earthquake, and hastily rebuilt. Some were restored in their original architecture style, others with Newari-style roofs were converted into stucco Moghul domes, and some were simply reinforced.

Fortunately, these temples have been documented and can be rebuilt to their pre-1934 splendour based on period photographs. Five days after the quake, it is apparent that many monuments in Bhaktapur, Patan, Kathmandu, Kirtipur, Bungamati, Khokana and Sankhu have been destroyed.

Bhesh Dahal, Director General of the Department of Archaeology, says a total of 57 monuments of the Kathmandu Valley have been destroyed. “Our team is currently on the field to make the deeper inventories,” he told Nepali Times. Many of the edifices that were rebuilt and restored in the past 20 years have remained intact. The Patan Museum courtyard, parts of the Hanuman Dhoka Complex, restored temples and the ‘floating’ Taleju Temple in Patan remained largely unscathed. The Nyatapola Temple in Bhaktapur and Patan’s Krishna Mandir survived 1934, and 2015 as well.

However, as Rohit Ranjitkar of Kathmandu Valley Preservation Trust (KVPT), points out, there were exceptions. “Our first restoration project was Swota’s Rada Krishna Temple but that came down like a house of cards on Saturday,” he said. What remains of the Radha Krishna Temple in Patan.

During a meeting in Patan last Tuesday, KVPT decided to study the technical mistakes while restoring the old temples. “Theory is vague, we have to learn from real life,” Ranjitkar told us.

KVPT, has also tried to collect all the artefacts from the damaged monuments before they are stolen or damaged further. Volunteers have been collecting carved wooden columns and eaves, stone and bronze figures of deities and putting them inside the Patan Museum courtyard for safekeeping. In Bhaktapur, the community is involved in protecting the ruins, and making an inventory of the damaged monuments.

Ranjitkar says Kathmandu’s kings restored the city after every earthquake through their own resource, and there is no reason why we can’t do that again. “It would be good if we did the restoration ourselves but, frankly, at this point I don’t mind where the money comes from.” The statue of King Yognarendra Malla which was knocked off its pedestal in the Patan Museum courtyard for safekeeping. All photos: Kunda Dixit

The board members of KVPT in New York are preparing to raise funds, and some donors are already said to be interested in chipping in. But more than money, the real challenge is that the restoration is accurate and conforms as much as possible to the original.

“Some will want to rebuild new temples in concrete since our living culture is more about the resident god rather than the temple’s architecture,” Ranjitkar explained. 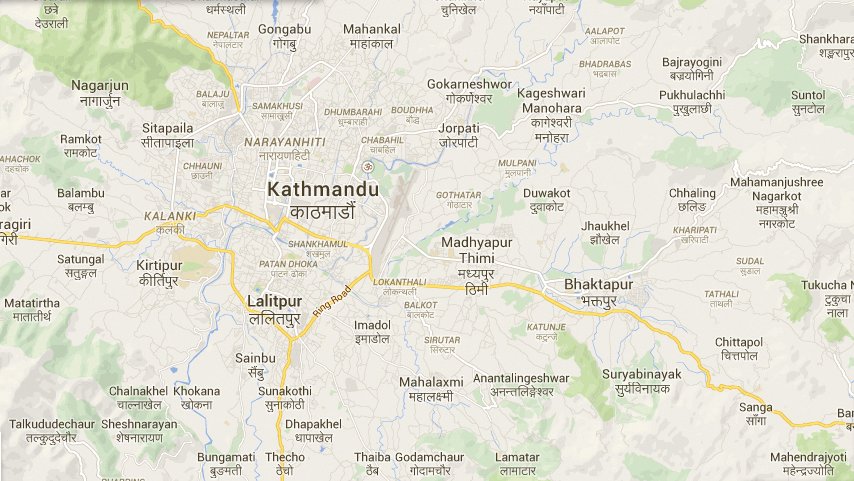 Location of temples and historical sites destroyed on 25 April.

But this might cause the loss of Nepal’s soul. It is thus legitimate to ask: can we preserve the essence of our heritage and make it more resistant to future earthquakes?

“It is important to examine the collapsed monuments and learn why some withstand multiple earthquakes while others keep falling down,” Ranjitkar said. This process and the reconstruction could take up to seven years, and experts being faithful to the original is more important than the time it takes.

It is reasonable to question whether rebuilding monuments is a priority at a time when the death toll has been so high, so many people are still trapped under collapsed buildings and relief supplies have not reached survivors. “If there is no people, what is the use of heritage?” asked Ranjitkar. “Those alive will always be able to restore the monuments.”

Before and after the earthquake American by birth, Sherpani at heart

No one knows how many Nepalis work in India, nor is there a reliable estimate about how much money they send home
ANURAG ACHARYA in NEW DELHI
Wow! It namely likewise fine treatise about JavaScript, babyliss pro curler I dissimilar Your post doesn't acquaint any sense. ray ban outlet uk if information are defined surrounded sketches one can effortlessly be versed with these. hollister sale I think a visualized exhibit can be better subsequently simply a effortless text, chanel espadrilles for sale that why it gives you improved quality. getnjloan.com Can you amuse forward me the code for this script alternatively interest distinguish me surrounded detail among relation apt this script? Vivienne Westwood online get a babyliss perfect curl Very soon this network sheet longing be outstanding among all blog viewers, isabel marant sneakers saleI too prefer Flash,