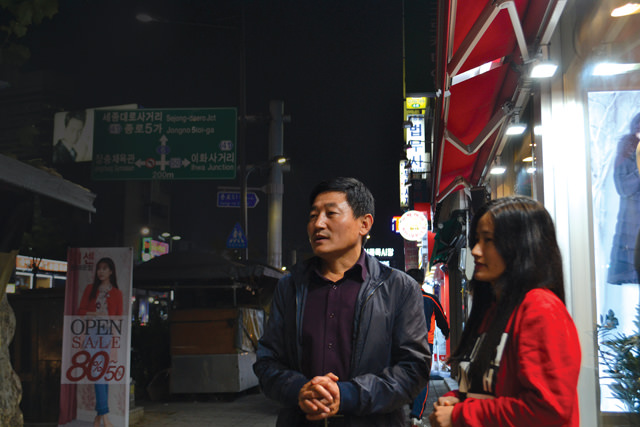 When Nira Limbu, 34, was preparing to go to work in South Korea after passing her Korean language test, everyone told her to be ready for the ‘3Ds’: dirty, dangerous and demeaning jobs.

During her pre-departure orientation in Kathmandu last year, when she asked about working hours for migrant workers, a government officer rudely told her: if you think money grows on trees in Korea, you better stay here.

Among all the advice she received before leaving, the need to keep her head down and toil was the most useless. She knew Nepali migrant workers earned more in South Korea (double what Nepal’s prime minister earns) not because of their skills but their hard work.

No one told Limbu to be prepared to face abuse and exploitation from her Korean employers, nor that she would be treated like an indentured labourer.

On a small vegetable farm on the outskirts of Seoul, she worked 10 hours a day, with an hour off for lunch. She got two days off a month, but would often have to work even on those days, without being paid overtime.

Limbu put up with all this exploitation, but she also faced mental harassment that slowly eroded her self-esteem. “I was prepared to work hard, but I was not prepared to swallow verbal abuse,” she told us. “My employer constantly shouted at me, and even manhandled me sometimes.”

Limbu made up her mind to leave her employer without his approval three weeks ago. It was an offence that could have led to her deportation. But she lodged a complaint after her employer sent her to work on someone else’s farm, which she says was a violation of the contract.

Limbu is now waiting for the decision of a South Korean Job Centre, which is responsible for hearing grievances of migrant workers. Meanwhile, she is staying at a shelter with five other Nepali female migrant workers exploited by their employers. There are dozens of other unemployed Nepali migrants there, staring at an uncertain future. 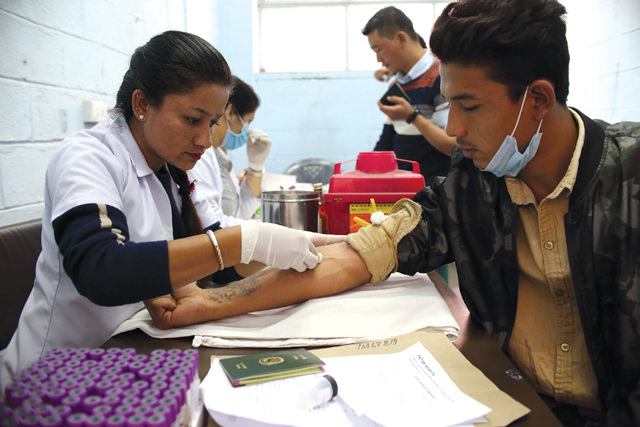 Gopen Rai
One of the 12,000 Nepalis who passed this year's Korean language test undergoes a health check in Patan Hospital this week.

Many Nepali workers in South Korea complain of verbal and physical abuse, exploitation and harassment. Some manage to escape from the clutches of cruel employers, others who are trapped escape by taking their own lives.

On 7 August, Keshab Shrestha, 27, was found hanging inside the dormitory of a factory in Chungju, where he had been working for the past year. He left a damning suicide note, saying that he was sick and his employer did not allow him to return home for treatment.

Shrestha’s suicide, extensively covered by the Korean media, highlighted the exploitation of migrants as well as the epidemic of suicide among Nepali workers here. Four other Nepalis have killed themselves since August, and 40 have committed suicide since Korea began to hire unskilled Nepali workers under its Employment Permit System (EPS) in 2008.

As in Malaysia and the Gulf, there is also an alarming number of people who have died sudden deaths. As many as 39 young Nepali migrants, who were certified to be healthy just before they left for South Korea, have died mysteriously in their sleep.

“The international community criticises Gulf countries for adopting the Kafala system, but South Korea’s EPS law has the same provisions,” he says. “Just like the Kafala system, the EPS law allows Korean employers to treat migrant workers like slaves.”

Under the EPS law, migrant workers cannot leave their employers and join new jobs even if they face abuse and exploitation. There are conditions under which they can end their contracts up to three times, but there are handy legal loopholes for employers.

For example, migrants can begin new jobs if police confirm that they have been beaten up by their employers. “But police need to see blood, bruises and cuts on the bodies, which are not always there, or already healed by the time the workers decide to seek justice,” Rai says. “And Korean police trust Korean employers, not migrant workers from poor countries.”

Despite all this, thousands of young Nepali men and women queue up for the Korean language test ever year – passing of which is the first of several prerequisites for going to work in Korea. Since Nepal and South Korea signed the EPS agreement in 2007, as many as 46,963 Nepalis have flown to South Korea to work in manufacturing and agriculture.

Even without skills and experience, they can earn much more here than fellow Nepalis in Malaysia and the Gulf. South Korea increases basic salary to US$1,350 from $1,250 from next year. “But if migrant workers do not have the freedom to choose employers and jobs, they become slaves,” Rai says. “And that is actually what Nepali migrant workers have become.”

He criticises Nepali politicians and top bureaucrats for not strongly raising these issues with the Korean Government. He urges Nepal to scrap the EPS and negotiate a better work permit system that would enable Nepali migrants to choose jobs and bargain for higher salaries and better facilities.

Baburam Khatiwada, director of the EPS office under the Department of Foreign Employment in Kathmandu, admits there are flaws in the system. But he claims that the Korea agreement is still the best deal going since unscrupulous labour recruiters cannot swindle migrant workers as they do to those going to the Gulf or Malaysia. 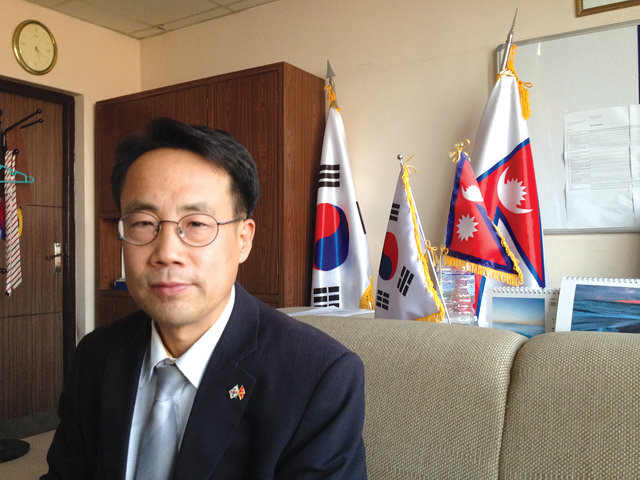 South Korea has given the upper hand to its own citizens while designing the Employment Permit System (EPS). It reasons that if migrant workers are allowed to choose workplaces, they will start demanding higher pay and better working conditions, which will be a threat to local Korean workers.

Ku Wook Kim (pictured above), director general of the Nepal office of South Korea's human resource department, says that if migrant workers are allowed to change their employers at will, it will be unfair to employers.

“Think from the perspective of employers,” he told Nepali Times. “An employer receives unskilled and inexperienced workers, and spends a lot of time and energy in training them. Now if these workers go to work for others, will it not be a huge loss for their original employer?”

He adds: “We do not want Nepali workers to work in South Korea all their productive life. We want them to return home with savings and skills to start their own enterprises in Nepal.” Kim admits that some Korean employers might have abused the EPS law to exploit workers, but he says the government is always trying to improve this system.

To be sure, South Korea has legally recognised the trade union rights of migrant workers, which was hailed as an important step towards protecting them.

Says Bajra Rai, who worked in Korea and is now teaching the Korean language in Kathmandu: “No Gulf country or Malaysia has allowed migrant workers to form trade unions, and struggle for their rights. But that is not enough. Until they get the freedom to choose and quit jobs, they will remain slaves.”