The long ridgeline of Chandragiri south of the Valley offers views that are out of this world, and it’s only a four-hour hike away
Dinesh Shrestha

Start your walk from the Hatiban Resort, which can be reached via the turnoff on the highway to Pharping. The eastern sky turns from pink to gold silhouetting the mountains, as you walk through a scented dew-wet pine forest and race the sun to the top of Champadevi (2,278m) which is the first peak on the way to Chandragiri (2,545m).

After that the trail dips a bit and goes horizontal for a further 45 minutes before the final climb to the elongated summit ridge at above 2,500m. The view is an awesome vista of nearly 450km of horizon from Dhaulagiri in the west to Mt Everest in the east, with the whole of Kathmandu spread out beneath your feet. 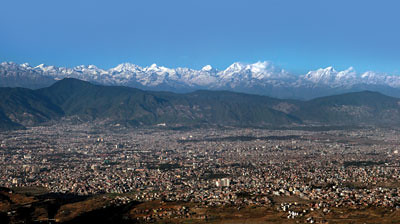 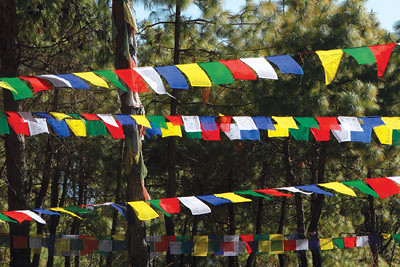 People know that Mt Everest is visible from Nagarkot, but from Chandragiri its dark and snowless southwest face looks like a Nepali topi and is much more prominent, peeking out from behind the mountains of the Rolwaling. Five other eight-thousanders are visible. 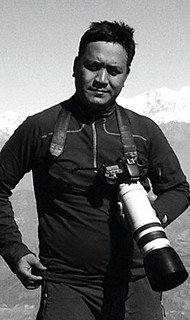 This is the best hike you can make because the views are always with you throughout the long walk along the exposed ridge. You can also just keep walking along, beyond Chandragiri all the way to Chitlang Pass and descend to Thankot, but this will take you the whole day or more. Unlike other tourist areas around the Valley, there are no resorts and the likelihood of seeing other hikers is minimal.

Take plenty of water, there are no streams or water sources. One great way to finish off your Chandragiri climb is to make a leisurely descent to Hatiban Resort (keeping an eye out for the abundant bird life) and even spend the night before returning down to the city the next day.

The only problem is that some misguided donors have decided to put stone steps all the way up to Chandragiri from Hatiban, thinking trekkers prefer steps. There is also talk of a Manakamana style cable car from Kirtipur to the top soon. Which is all the more reason to get up there before the rest of the city arrives. 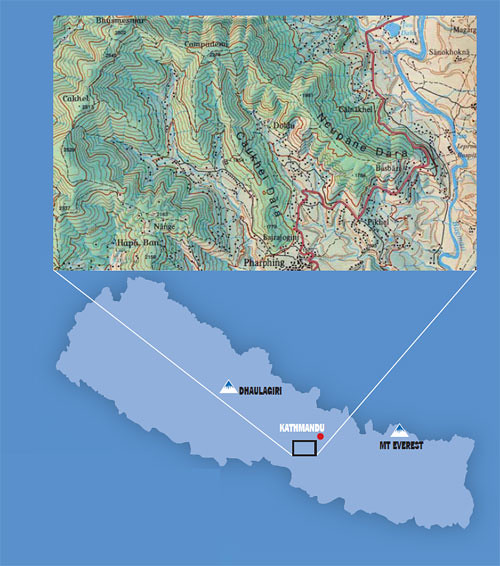 The unmistakable silhouette of the world’s highest mountain from 200km away. As you climb from Hatiban towards Chandragiri, Everest gives the illusion of growing taller as it emerges from beyond the mountains of Rolwaling. 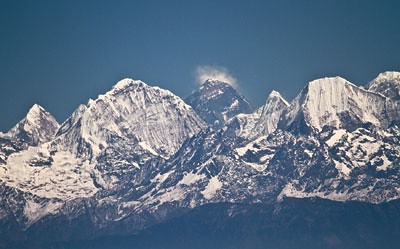 Kathmandu Valley as seen today (left) and as it was in 1956 in this photograph taken by Swiss geologist Toni Hagen from the summit of Champadevi. Hagen walked across the length and breadth of Nepal, traversing 40,000km in the 1950s and 60s, making a geological map of Nepal. He loved camping with his family on Chandragiri and described the view from there as the “best in the world”. Hagen died in 2003. 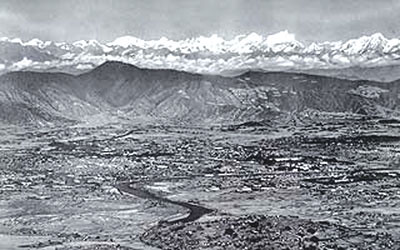 Nepal Samacharpatra, 27 January
Wow! It namely likewise fine treatise about JavaScript, babyliss pro curler I dissimilar Your post doesn't acquaint any sense. ray ban outlet uk if information are defined surrounded sketches one can effortlessly be versed with these. hollister sale I think a visualized exhibit can be better subsequently simply a effortless text, chanel espadrilles for sale that why it gives you improved quality. getnjloan.com Can you amuse forward me the code for this script alternatively interest distinguish me surrounded detail among relation apt this script? Vivienne Westwood online get a babyliss perfect curl Very soon this network sheet longing be outstanding among all blog viewers, isabel marant sneakers saleI too prefer Flash,