Demand for flats flattens out

The earthquake not only shook Kathmandu’s tall apartment buildings, but also people’s confidence in them 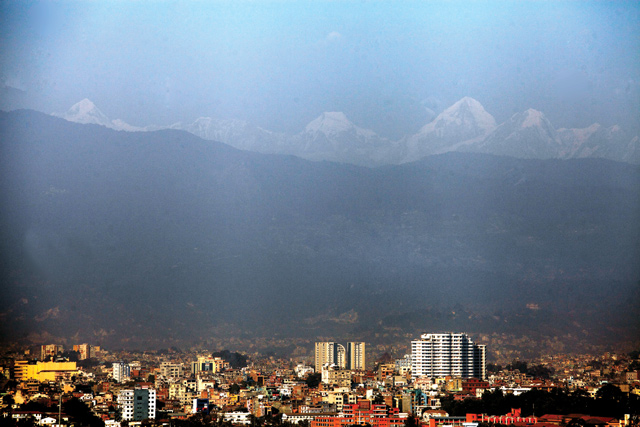 Everyone is selling, but no one is buying, or investing. That just about summarises the status of Nepal’s apartment industry.

Having suffered physical damage during last year’s earthquake, developers are struggling to assuage a wary public about the safety of their high-rises.

After the earthquake, not a single investor has sought permission to build new apartments in Kathmandu Valley. Those who had already obtained permits have postponed plans, others have cancelled projects. Those with damaged buildings have done patchwork repairs for their flats, but there are few takers.

“Builders have no confidence that they can sell apartments,” says an engineer at the Department of Urban Development and Building Construction (DUDBC), the government body that issues licenses for apartment construction. 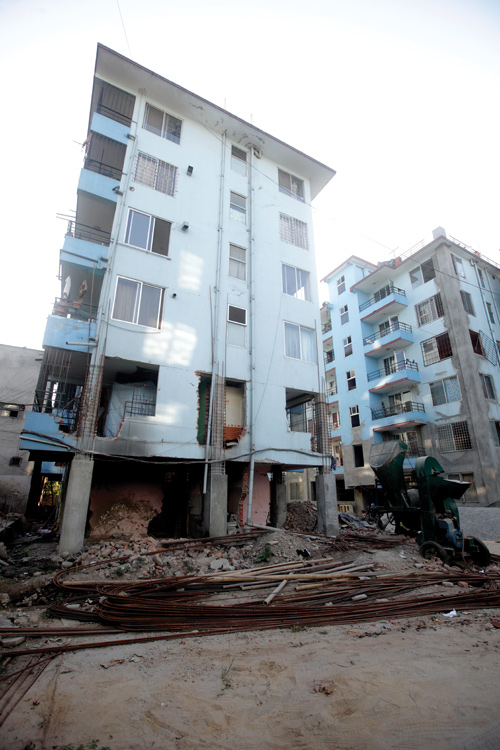 Six apartment buildings were under-construction, and investors have not shown urgency to complete these projects after the earthquake. Eco Housing and Realty Company had obtained permission to build a high-rise building with 108 flat units in Babar Mahal, but has shelved its project. Orchid Holdings has also cancelled its plan to build an apartment with 48 flat units in Rabi Bhawan.

At least 2,000 units are waiting buyers, and many families who left their damaged apartments after the earthquake are still scared to return there. Nepal Land and Housing Developers Association (NLHDA) says Rs 125 billion has been invested in Kathmandu’s apartments, and a large portion of this investment is now at risk.

The earthquake did not damage all high-rises that form Kathmandu’s skyline. More than 30 of them withstood the jolt, and were deemed safe by a technical team of the DUDBC. But those that violated the building code and used substandard construction material suffered structural damage, and this frightened buyers and investors alike.

“People are now scared to live in high-rise buildings, and this is because of a few unscrupulous builders,” says Minman Shrestha of NLHDA. 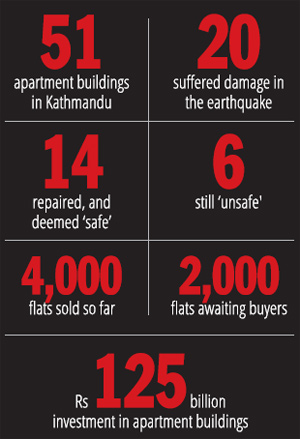 Binayak Apartment in Baluwatar nearly collapsed and would have killed 20 families living there. A Detail Damage Evaluation revealed it flouted guidelines.

“Arbitrarily tinkering with the approved design can be disastrous,” says DUDBC engineer Sagar Krishna Joshi. The ISME Housing Company sold flats of Binayak Apartment without a project completion certificate from the DUDBC.

In Kuleshwor, two blocks of eight-storey apartments of Oriental Colony also suffered heavy damage. Their pillars on the ground floor were cracked and the building nearly collapsed. An investigation revealed that the builder had not used as many iron rods as cited in the approved design. The DUDBC slapped a fine of Rs 50,000, and asked its owner to submit a retrofitting design.

“We need a policy to award those who build by the rule, and punish those who risk people’s lives by arbitrarily altering the design and using low-quality material,” says the DUDBC Kathmandu Division Chief Basanta Rai. “If not, it would be difficult to restore people’s faith in high-rises.”