One of the poorest countries in the world has an embassy in the richest street in the world, and plans to sell it off 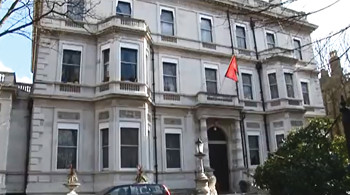 SAVE IT: The embassy building with an imposing Victorian façade was built in 1856, given to Nepal in 1937 and is a crown estate. Under a 99-year lease renewed in 1980, Nepal pays a nominal rent for the property located on a London street that is called ‘Billionaire’s Boulevard’.
Nepalis living in Britain, led by former Gurkha soldiers, have launched a drive to build up pressure against the proposed sale of the country’s historic embassy property in the upscale Kensington Palace Gardens area of London.

The UK Chapter of Non-resident Nepalis, the Gurkha Army Ex-Servicemen’s Organisation (GAESO), Tamu Dhi, NEFIN, and others have formed the Save the Nepal Embassy Building Citizen’s Campaign to oppose the sale by the cash-strapped government in Kathmandu and to raise money for its upkeep.

“This building became ours because of the blood spilt by the Gurkhas and it is a historic symbol of Nepal’s sovereignty,” says the coordinator of the campaign and retired British Army major, Damar Ghale. “The embassy’s value cannot be measured in cash, it is priceless.”

The Nepal Embassy on 12A Kensington Palace Gardens consists of a four-storey stucco Victorian villa within a 750 acre property bordering Hyde Park. It was built in 1865 and is now a crown leasehold property as are other buildings on the street, including the residence of the Sultan of Brunei, British billionaire Lakshmi Mittal, a Ukrainian oligarch, and other embassy residences (see pic). 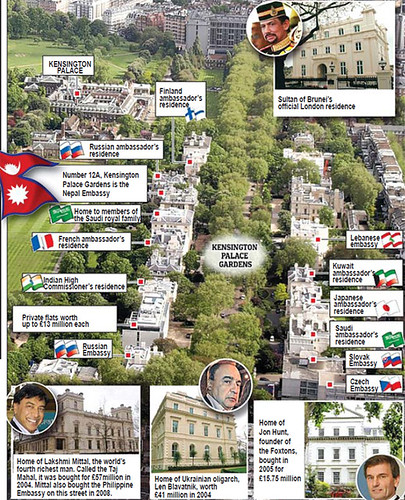 The property was leased to Nepal in 1937 after the Treaty of Thapathali between the Ranas and British India which formally upgraded Anglo-Nepal relations. In 1980, the lease was extended for another 99 years under which Nepal pays a nominal annual rent.

The political disarray in Nepal has led directly to the embassy’s state of disrepair. Successive governments led by the NC, King Gyanendra, and the Maoists tried to secretly sell the embassy off to the Mittals for anywhere up to £150 million, but plans were abandoned after a media uproar.

Mittal already owns #18-19, bought #9a from the Philippine Embassy for £70 million for his daughter, and also tried unsuccessfully to buy another house on the same street for his son for £117 million. The proposal to sell the embassy was revived under the Baburam Bhattarai-led government, which set up an advisory panel led by Nepal’s UK ambassador Suresh Chandra Chalise, the ambassadors to Brussels and Bonn, and other civil servants. The committee met in London last month to inspect the property and consider the sale. However, UK-based Nepalis who met the team said the process was not transparent.

At present, the embassy is a national embarrassment. The ambassador and five other diplomats and their families live in the upper floors. The flushes don’t work, the toilets smell, and visa applicants on their way to the basement are greeted by the sound of pressure cooker whistles from upstairs. The roof leaks, the water, gas and drain pipes need to be overhauled, the façade needs a paint job, and the Nepali flag is discoloured and small. The lawn that backs into Hyde Park is run down compared to the meticulous upkeep of neighbouring properties.

Indeed, the embassy has got several reminders from the Crown Estate office to fulfil clauses in the 1980 lease agreement ‘to keep the building in good and substantial repair, order, and condition … not to damage trees and maintain the garden’. 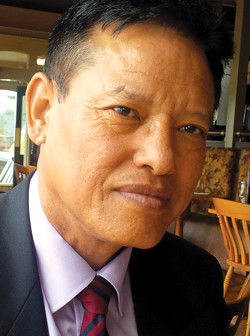 Kathmandu has been trying to sell 12A to the Mittals, but Nepal’s Supreme Court this week issued a stay order. Retired Gurkha Major Damar Ghale says the court decision gives campaigners “breathing space” to launch a campaign against the sale.

“It is as if they are deliberately letting the place fall apart so that they can sell it,” says Lal Bahadur Gurung, an ex-Gurkha officer who like many here, is outraged by the plan, “this embassy represents the history and dignity of the Nepali people.”

Those in favour of selling the embassy say Nepal cannot afford the £4.5 million to overhaul the building and maintain it regularly. They propose to buy a freehold building elsewhere in London from proceeds of the sale of the embassy property. But activists say the prestigious location comes for under £1,000 per year under the lease agreement and is a rock-bottom bargain. Besides, the embassy makes at least £450,000 in visa and other fees annually, enough to foot repair bills.

Activists here were elated on Monday when news came from Kathmandu that the Supreme Court had issued a stay order on a writ petition filed by GAESO on the sale of the embassy. Damar Ghale told Nepali Times: “What this does is give us breathing space.” The Citizen’s Campaign is now preparing a signature campaign and a fund-raising drive among the estimated 100,000 Nepalis in Britain and has also written to Ambassador Chalise asking him to furnish details of the 1980 lease extension, the breakdown of the repair costs, and the building survey report. Nepali architects and engineers working in UK have pledged to volunteer their services for repairs.

“This was our first embassy abroad and a symbol of our independence. The Nepali flag first flew here in 1935,” says former ambassador to UK, Singha Bahadur Basnyat, PhD. “Money isn’t everything, the address of the embassy is very significant.”

Janaastha, 12 December
Wow! It namely likewise fine treatise about JavaScript, babyliss pro curler I dissimilar Your post doesn't acquaint any sense. ray ban outlet uk if information are defined surrounded sketches one can effortlessly be versed with these. hollister sale I think a visualized exhibit can be better subsequently simply a effortless text, chanel espadrilles for sale that why it gives you improved quality. getnjloan.com Can you amuse forward me the code for this script alternatively interest distinguish me surrounded detail among relation apt this script? Vivienne Westwood online get a babyliss perfect curl Very soon this network sheet longing be outstanding among all blog viewers, isabel marant sneakers saleI too prefer Flash,