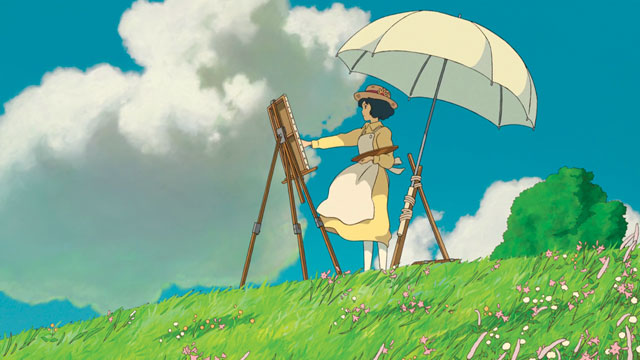 The 75-year-old Japanese animator, Hayao Miyazaki, is in the eyes of most discerning animation lovers, the undisputed maestro of that world.With his revered Studio Ghibli, Miyazaki has conceived, directed, and produced some of the most profound, sublime works, master-pieces really, that make the ‘Kung-Fu Pandas’ of American studios look like fluffy cotton candy - delicious to eat but slightly sickening afterwards.

Miyazaki’s films are gorgeous to look at, delightful, dark, full of magical creatures, and often with political undertones that obliquely or obviously refer to humankind’s impact on the planet. Films like Howl’s Moving Castle (2004), my personal favourite, is an adventure that is absolutely captivating for a child, but exponentially more meaningful to adults, with complex character development, resounding anti-war messaging, and a whimsical, fantastical storyline that never fails to surprise.

While the aforementioned film, along with My Neighbour Totoro (1988), and his most famous Academy Award winning Spirited Away (2001), are all just fine for children, I would warn that Princess Mononoke – a fierce, captivating film about a warrior princess is very much a film for grownups, as is Miyazake’s last film before he retired (he has threatened to retire six times to date), The Wind Rises (2013).

This last film (of course one always hopes for more) is a quiet meditation on Japan’s history leading up to its involvement in World War II – a subject that weighs heavily in Miyazaki’s mind. The Wind Rises follows the life of Jiro Horikoshi, the engineer who designed the Mitsubishi A5M aircraft, the precursor to the fighter planes that the Japanese used during the war. Jiro dreams of flying, a fascination reflected in Miyazaki as well (and is manifested in many of his films, Howl’s Castle doesn’t just move, it flies through the air), and therefore a fitting final film to cap such a distinguished career.

In many ways The Wind Rises is a classically formal film, following Jiro from childhood dreams of flying, through his training as an engineer, his struggles as a brilliant young visionary who longs to take flight himself, and his poignant love affair with a beautiful young woman with tuberculosis. There are not many surprises in this subtle film which is more a poetic meditation on life, love, loss, and the power of dreaming.

Perhaps Miyazaki’s most beautiful film with its simple, elegant visuals, The Wind Rises, when it came out, broke all box office records within Japan, becoming the country’s biggest film as people flocked to see it, even while Miyazaki was critiqued by the disgruntled few who accused him of being a traitor for daring to refer to Japan’s role in the war; an unfortunate occurrence for a film that showcases the beauties of Japan and its culture with so much sensitivity.

The cost of bandhs

Nepals scholar-statesman Rishikesh Shaha died Thursday shortly after Deepak Thapa had visited him and written this tribute. We print this piece in the present tense to keep Shahas memory alive.
Wow! It namely likewise fine treatise about JavaScript, babyliss pro curler I dissimilar Your post doesn't acquaint any sense. ray ban outlet uk if information are defined surrounded sketches one can effortlessly be versed with these. hollister sale I think a visualized exhibit can be better subsequently simply a effortless text, chanel espadrilles for sale that why it gives you improved quality. getnjloan.com Can you amuse forward me the code for this script alternatively interest distinguish me surrounded detail among relation apt this script? Vivienne Westwood online get a babyliss perfect curl Very soon this network sheet longing be outstanding among all blog viewers, isabel marant sneakers saleI too prefer Flash,