A sublime, sometimes nightmarish work of art, unlike any other I have seen before
Sophia Pande 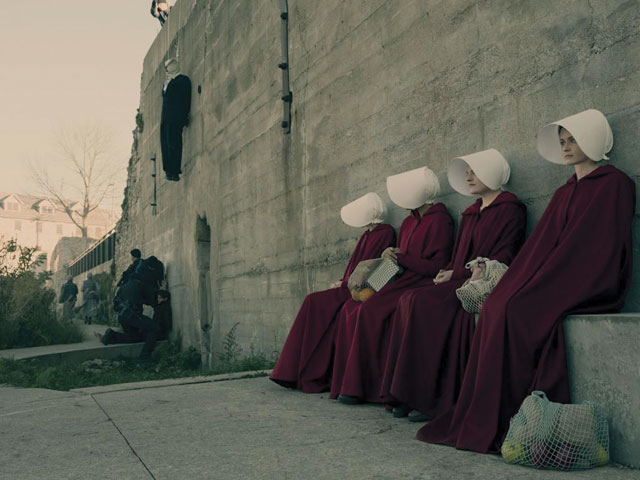 Having just given a glowing review to Big Little Lies in last week’s column, I almost feel like I should eat my words. At the time I was only part-way through the spectacularly intense 10-part series The Handmaid’s Tale, and I was somewhat ambivalent about continuing, considering how upsetting it was, even as it was brilliant, in its realisation of a beloved, seminal novel by one of the greatest living novelists of our time: Canadian, Margaret Atwood. Now I feel alarmed at the idea that I might have discontinued watching something that has change my life.

I read The Handmaid’s Tale (published in 1985) when I was in school, more as a thriller than as an indictment of the existing misogyny in the world. Watching it today, in a supposedly post-feminist world where inequality still exists at every level, The Handmaid’s Tale is painfully close to the heart at a time when women are still subjugated and treated as breeding cattle in some parts of the world but also demeaned, harassed and casually regarded as unequal despite our progress as a human race.

Set in a (not so) future post-war United States, Gilead, as it is called by its rabid extreme-right religious leaders, is what emerges after the world produces so much toxic waste that fertility (apparently the most sacred thing in the world is not compassion and kindness but procreation) is affected. The leaders of Gilead attack the government and take over the US. Most people with sense have fled before the real horror starts, unfortunately June Osborne (the phenomenal Elisabeth Moss) and her husband and little daughter literally just miss the boat to Canada: a safe haven for millions of refugees.

What follows after her capture, the shooting of her husband and forced separation from her child is a diabolical belittling of June’s very identity by a system that only cares for the continuation of the human race, motivated by a righteousness that is frightening to watch.

Further elaboration will take away from the gravity of this series, and while it may sound grim, it is also a superbly taut thriller, one where the heroines and heroes are unexpected and black humour seeps through the grey, making us grin elatedly despite our cracked hearts.

The Handmaid’s Tale is a sublime, sometimes nightmarish work of art, unlike any other I have seen before. It will stick in your mind, the characters will lodge themselves in your being as you watch them flail in the face of utter hopelessness, recover, and walk forward, bravely fighting the grossest of prejudices.

There are many hard lessons here, but also moments of beauty. The series has been renewed for a second season, one that I hope will somehow compare to this unexpected, crucially important work that tells us the ugly truth about ourselves, but also celebrates the best parts of humanity by underscoring the people who combat bigotry and fascism with compassion, quiet courage, their own wits, and humour in the face of utter bleakness.

The Handmaid’s Tale won the Emmy this week for Best Television Series and Elisabeth Moss was honoured as Best Actress.