Encapsulating the essentials of love, familial and romantic, as well as the deep bond between parents and children, The Big Sick takes a trope and makes it real
Sophia Pande 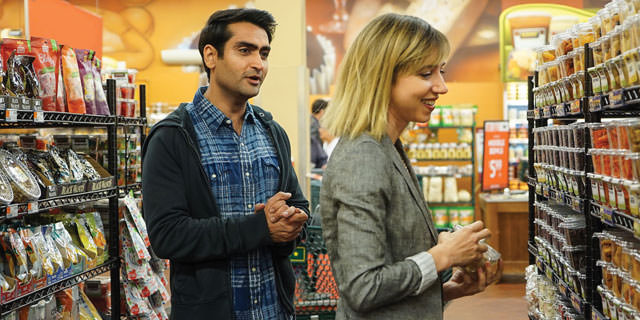 It is awards season and so as a reviewer, it falls within my duty to present to you an array of films, some of which fell through the cracks, which are worthy of accolades in their own idiosyncratic ways. As critics clamour over ‘serious’ films, and awards tend to reward the grand and grandiose, comedies are often left to languish in the category of ‘entertainment’ and not high art – The Big Sick while not quite at the level of Dr Strangelove (1964) is, however, a film that I thoroughly enjoyed, even while I did not love it.

This is probably because this utterly charming, disconcerting film about the tender and hilarious love affair between a young, Caucasian woman Emily (played by the delightful Zoe Kazan) and her Pakistani lover, Kumail (played by Kumail Nanjiani himself) is just that bit formulaic, with the ever so slightly nauseating clichés that take romantic comedies (barring those written by the late Nora Ephron), out of the category of true classics.

Based on the true story of how real life Emily and Kumail met, The Big Sick’s most poignant moments, written clearly with a great deal of sensitivity and craft by the couple, come when Kumail and Emily are alone, just talking, and when Kumail is dealing with his loving, humorous, but utterly rigid family, who insist that not marrying a Pakistani girl means being ‘kicked out of the family’.

Living in terror of this happening, Kumail keeps Emily a secret until she shoves him out, heartbroken that he has not spoken to his family about her. But when she then gets very, very sick (no, it’s not cancer), Kumail’s steadfast dealings with Emily’s parents (played by the two greats Ray Romano and the legendary Holly Hunter) bring him to realise what he treasured so much about Emily herself.

This film is full of laughs. Unfortunately it also has enough of the aforementioned cringe-worthy elements of romantic comedies (particularly one that deals with the lives of stand-up comedians like Kumail) that make you want to stop the film and run out, or, if possible, fast-forward through these grisly bits so you can get to the real parts of the story, the ones that make you laugh and cry.

Premiering at Sundance in January 2017, and with a stunning theatrical release that grossed almost US$56 million (the budget was $5 million), the film has done enormously well both financially and critically, hitting some Top 10 lists and bringing much needed nuance into perceptions of the lives of Pakistani immigrants in the United States.

Michael Showalter’s direction here is pretty much flawless, bringing out a sensitivity in what could otherwise have been a feel-good film about reconciling deep differences, undermining the very message it seeks to convey.

Encapsulating the essentials of love, familial and romantic, as well as the deep bond between parents and children (a topic often ignored, unless over-dramatised in American movies), The Big Sick takes a trope and makes it real. For those, like myself, who doubted that it might be good, it is every bit worth watching, even if just for the one scene where Holly Hunter goes ballistic on a frat-boy who heckles Kumail during one of his sets – that part will surely go down in comedic history.

Sanghu, 19 May
Wow! It namely likewise fine treatise about JavaScript, babyliss pro curler I dissimilar Your post doesn't acquaint any sense. ray ban outlet uk if information are defined surrounded sketches one can effortlessly be versed with these. hollister sale I think a visualized exhibit can be better subsequently simply a effortless text, chanel espadrilles for sale that why it gives you improved quality. getnjloan.com Can you amuse forward me the code for this script alternatively interest distinguish me surrounded detail among relation apt this script? Vivienne Westwood online get a babyliss perfect curl Very soon this network sheet longing be outstanding among all blog viewers, isabel marant sneakers saleI too prefer Flash,