A fun, funny, imperfect film with moments of genius and lots of misses
Sophia Pande 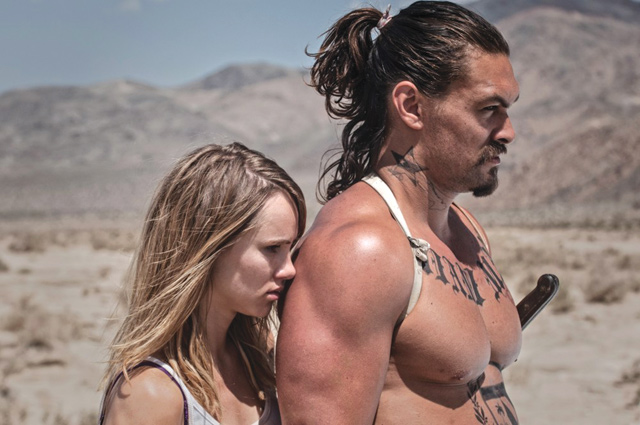 When was the last time you watched a film where you didn’t know what the heck was going to happen? After Get Out (reviewed last week in this column), my answer is The Bad Batch, breakout Iranian American director Ana Lily Amirpour’s love story involving cannibals, released in theatres last month.

Amirpour made her name with 2014’s A Girl Walks Home Alone at Night, an Iranian vampire film with oodles of style, which premiered at the Sundance Film Festival and immediately created enough of a buzz that it allowed her to write and direct The Bad Batch, starring model Suki Waterhouse and the likes of Keanu Reeves, Giovanni Ribisi, Diego Luna, and Jason Momoa in other significant roles.

Shot expertly by Lyle Vincent, with the cinematography playing a key role in creating the mood of the film, The Bad Batch begins with a young, seemingly clueless Arlen (Waterhouse) being tattooed on the neck and placed outside of a menacing looking wire fencing: she is joining the ‘Bad Batch’ a group of outcasts deemed unfit to live in society and expelled into the harsh desert to make their own way.

What happens next is gruesome, but artfully so, when Arlen is captured by cannibals. It is her pluckiness and escape that really suck us into this weird little film, making us want to understand what motivates this odd heroine who lives by her own rules.

Amirpour’s script is patchy, her characters, aside from Arlen, and Miami Man (Momoa) are somewhat archetypal, somewhat self-indulgent, making for moments of puzzlement, and some eye-rolling. Fortunately, Waterhouse’s surprisingly strong performance keeps us with her as she shoots some cannibals, faces down a creepy cult hero, and falls in love with an interloper in the strangest of circumstances.

The love story is the main arc of the film, though it is not the only reason for watching it. It is far from a conventional tale, and while the chemistry between the leads is sparkling, the union is bizarre and intriguing, leaving us wondering what in goodness is gonna happen next.

Mainstream cinema is at a crossroads: English language films financed in the hundreds of millions by big studios can continue to be sequels and spins-offs of older material (Spider-Man is currently in its second reboot with Spider-Man: Homecoming in theatres now) or risks can be taken on original screenplays, pushing the language of cinema into newer territories, and not just the throwbacks and remakes that we’ve seen over the past decade.

The Bad Batch is a fun, funny, imperfect film with moments of genius and lots of misses. You never know what turn it will take, and that in itself is a particular pleasure in these days of hackneyed formula. The key is to give the Amirpours of cinema a chance so that we can see more mind-expanding, crazy little films like this in the future instead of lugging ourselves to the theatre to see Spider-Man (as good as it might be) again and again and again.