Two and a half hours fly by with jokes, homages, great action sequences that are designed as set pieces but are so organic to the film that they fit right in
Sophia Pande 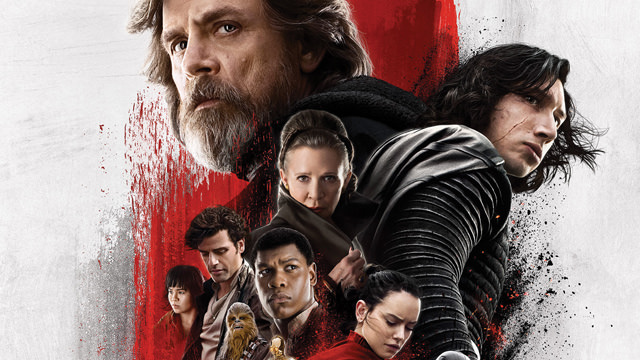 It’s not easy to write about a film that you really like, mainly because the task of reviewing, in my mind, should not include savaging the hard work of others (unless there is a clear ethical issue at hand), but to give an insight into the motivations behind why something was made, and, if it went wrong, how or why.

To compensate for the above overly lofty paragraph, I will go on to say that the latest Star Wars film is categorically pretty awesome, and hard to dislike, unless, as can sometimes happen, you’ve reached the theatre in a foul mood, and had a very bad day to boot. My personal experience in the cinema here was one of the best I’ve ever had, that too, with a full theatre: the fans were wildly enthusiastic, but not obnoxious, clapping and cheering with the iconic opening title sequence that is now so essential to the Star Wars films.

Two and a half hours fly by with jokes, homages, great action sequences that are designed as set pieces but are so organic to the film that they fit right in, and a few very memorable new characters, including Laura Dern as Vice Admiral Amilyn Holdo (resistance NOT empire), who elevate this already rather good film to the realm of the truly great.

These new Star Wars films were rebooted when Disney bought the rights to Lucasfilm, and while there was initial trepidation, the three films released so far — the first of a new trilogy, Star Wars: The Force Awakens (2015), and Star Wars: Rogue One (2016) have been very good, with this second installment of a planned trilogy being the best so far.

Directed by the talented, original Rian Johnson, who made the distinctive Brick (2005) and Looper (2012), this film gains a certain holistic universe through his sure, innovative direction, including a renewed attention to the meaning of ‘The Force,’ a marvelous visual potential never really developed after the first trilogy.

There is also a welcome goofy inclusion of the loveable flora and fauna that made the Star Wars universe so endearing, memorable, and, hilarious. After all, Chewbacca (Joonas Suotama, taking over from Peter Mayhew), R2D2 (Jimmy Vee) and the Ewoks are all terribly hammy, but what would the Star Wars films be without the BB-8s (puppeteers Dave Chapman and Brian Herring) and, in this particular film, the emotive little begging birds on Luke Skywalker’s (played by the now formidable Mark Hamill) craggy island and the curious, gorgeous, crystal foxes that take a final stand with the rebels on a bleak but beautiful planet full of salt flats.

There is character development here, with both Rey (Daisy Ridley) and Kylo Ren, aka Ben Skywalker (Adam Driver) giving performances that send chills down the spine, a trait shared by all the good Star Wars films. To say more would be to give too much away.

The performances here are deeply moving, made particularly so by the death of Carrie Fisher, who played Princess Leia and justly takes on the mantle of General Organa in this film. Every other line seems to celebrate her life and mourn her passing, and so it should be in a series of films made great by such an individual performance, one that will haunt us for decades to come.