A problematically long bore of a film that basically has several interminable, linked set pieces that do very little to enhance a plotless film.
Sophia Pande

A Bond film - for those who are so inclined towards the suited, suave, womanising, martini drinking, reckless but irresistible, fictional character who is also known as 007 - is a thrilling prospect.

Now in its 24th iteration, and the fourth film starring Daniel Craig, the series has arguably been at its strongest. Craig’s tenure as the urbane, psychologically complex, possibly fatally flawed spy started with Casino Royale (2006) in an origin story that traces his first real affair of the heart with the lovely, treacherous, heartbreakingly vulnerable Vesper Lynd who was played to winsome perfection by the stunning Eva Green. 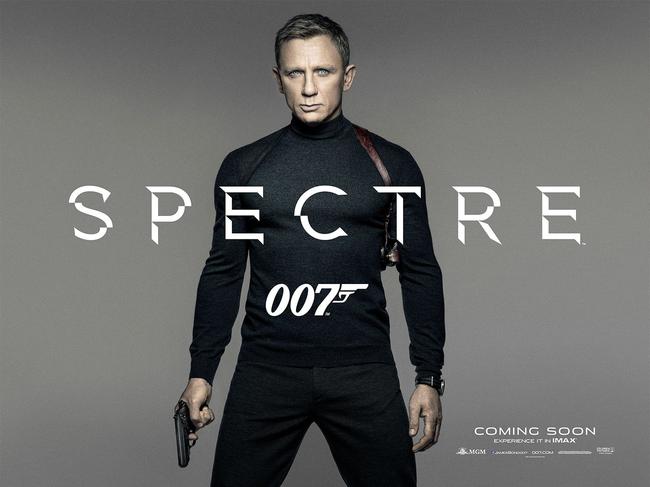 Already a cynic, and a killer with a license, Bond’s character becomes even more nebulous and opaque through his multitudinous pursuits of arch villains over the course of Quantam of Solace (2008), the unforgettable Skyfall (2012) - where we learn about his boyhood and his home. It is therefore rather unfortunate that the series culminates with Spectre, a problematically long bore of a film that basically has several interminable, linked set pieces that do very little to enhance a plotless film.

Daniel Craig looks tired, stony faced by his own boredom and weary of the inevitable, unbelievable shenanigans he must resort to in order to expose the shadow behind Spectre - a character that Bond fans will recognise as a reboot of an old villain from the canon, complete with a fluffy white Persian cat.

Much too has been made of the 50-year-old Monica Belluci as the latest Bond woman. Don’t hold your breath - as gorgeous and intelligent as she is, she does not transcend the archetype of the typical ‘bed ‘em and leave ‘em’ Bond female.

If that is progression it is easily negated by the 47-year-old Bond’s (Craig’s actual age) real love story with Dr. Madeleine Swann – played by a 30-year-old Léa Seydoux.Surprisingly or unsuprisingly, the 17-year difference between the two was conveniently ignored by the industry and the world which could not stop itself from commending the makers on casting Belluci, an ‘older’ female actor.

Running at 150 minutes,  Spectre’s main problem is its length (I found myself looking at my watch, more than once), and stilted by Craig’s pouty, blasé performance - a not too subtle hint that he’s done (though he is technically under contract to film a final fifth film).

Personally, I think the man needs a break and we need a new Bond. For what it’s worth, my candidate of choice is the fantastically debonair Tom Hiddleston - after his turn as the morally corrupt but incredibly likeable villain Loki in the Marvel films - he could bring a darkness and life to Bond that has hitherto been impossible.

Who said hardcore politics was a popularity contest?
CK LAL
Wow! It namely likewise fine treatise about JavaScript, babyliss pro curler I dissimilar Your post doesn't acquaint any sense. ray ban outlet uk if information are defined surrounded sketches one can effortlessly be versed with these. hollister sale I think a visualized exhibit can be better subsequently simply a effortless text, chanel espadrilles for sale that why it gives you improved quality. getnjloan.com Can you amuse forward me the code for this script alternatively interest distinguish me surrounded detail among relation apt this script? Vivienne Westwood online get a babyliss perfect curl Very soon this network sheet longing be outstanding among all blog viewers, isabel marant sneakers saleI too prefer Flash,