There is always a sense that we are watching a would-be ‘masterpiece,’ with Nolan intensely at the helm trying his damnedest to bring home an Oscar for making a film about a suitably heavy subject
Sophia Pande 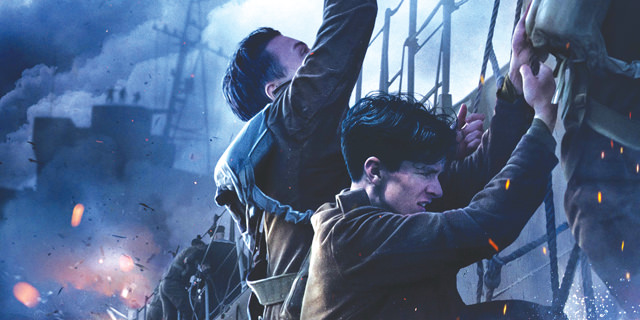 The problem with Christopher Nolan’s Dunkirk, right off the bat, is that if you don’t see it on an IMAX screen, as it was intended, the film tends to be a bit of a bore. This is probably sacrilege to those who did see it on the largest of screens, but what can I say: that’s how I felt. A small part of me remains unconvinced that even had I seen it on a gargantuan screen, I would still remain slightly blasé about this extremely serious World War II film that aims to show the gravity of the evacuation at Dunkirk.

The film tracks, excruciatingly slowly, the plight of the men stranded on the beach at Dunkirk, a once Flemish-speaking, now largely Francophone town on the northern-most tip of France, where the allied troops become cornered in 1940, driven onto the beach as the Germans close in. As British and French troops line up in an orderly, but desperate fashion, they are an open target for the Nazi dive bombers who aim at both the men on land as well as those in the Navy vessels deployed from England, just across the channel. At risk from sea, with U-boats sinking ships that are then finished off by the dive-bombers, the men are in a state of heightened anxiety and there is a palpable sense of fear, which the film conveys, repeatedly, to the now also anxious viewer.

As we follow two soldiers who are trying to make it off the beach, and a father and son team who set off from Weymouth to bring home as many soldiers as they can, the film relies on set action pieces bringing together the destinies of air men, navy soldiers and the infantry to tell the story of a landmark event. The battle left hundreds of thousands of soldiers hopelessly stranded, almost abandoned by a Britain who held back her full support in case it would be needed for a last stand against the Nazis.

There is always a sense that we are watching a would-be ‘masterpiece,’ with Nolan intensely at the helm (pardoning the pun) trying his damnedest to bring home an Oscar for making a film about a suitably heavy subject. The sound design, instead of featuring the soaring orchestral score that usually augments these kinds of films, has been replaced by a monotonous, almost maddening track that beats home the stress of war, jarring viewers and making us want to stick our fingers in our ears as well as bite our nails.

War is inconceivable to those who have never been in it, and while Nolan’s efforts to educate us on its horrors is commendable, another, far more poetic, film-maker makes a much more memorable point with The Thin Red Line (1998) – the great Terrence Malick’s ode to the American soldiers who fought in the Pacific during the Second World War.

If you have a few hours, find it and watch it: it will never leave you, unlike Dunkirk, which is disturbing but so very nebulous that I can barely recall it a week after seeing it.

This Dasain, Nepali shoe manufacturers have good reason to be cheerful
PAAVAN MATHEMA
Wow! It namely likewise fine treatise about JavaScript, babyliss pro curler I dissimilar Your post doesn't acquaint any sense. ray ban outlet uk if information are defined surrounded sketches one can effortlessly be versed with these. hollister sale I think a visualized exhibit can be better subsequently simply a effortless text, chanel espadrilles for sale that why it gives you improved quality. getnjloan.com Can you amuse forward me the code for this script alternatively interest distinguish me surrounded detail among relation apt this script? Vivienne Westwood online get a babyliss perfect curl Very soon this network sheet longing be outstanding among all blog viewers, isabel marant sneakers saleI too prefer Flash,