Murder on the Orient Express

This is a great film for fans, but an even better one for those not acquainted with the great Hercule Poirot
Sophia Pande 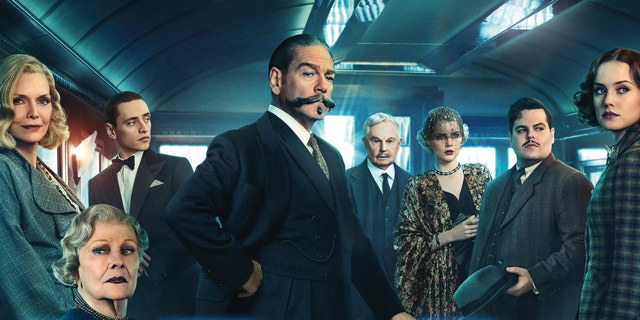 As someone who grew up reading Agatha Christie mysteries, I will say with some surety that aside from the most dour of fans, most will be happy with this latest, cheeky, lively and often weighty film adaptation of one of her most famous murder mysteries.

The film begins with a necessary introduction to the great, and beloved, Poirot (Kenneth Branagh, who stars and directs): for those who are unfamiliar with his foibles the man is extremely particular. But here, the director and writers have gone one step further, recognising that Poirot is actually one of those people who has a disorder – one that demands order. It is this particularity that makes Poirot a brilliant detective, but also frequently causes him (self-admittedly) great stress, an effect that is often comedic in Christie’s books, and sometimes in this adaptation, but is taken somewhat more seriously than a mere eccentricity here, giving the film a gravitas that others before it have fallen short of.

When Poirot gets on the Orient Express he is a tired man, weary of the world and the crime solving that has made him famous. He wants to rest, and read Dickens but that is not to be so: very soon after he boards, the Orient Express is blocked by an avalanche in the dead of winter (pardon the pun), with a packed train, a multiple stabbing and a set of extremely diverse but oddly connected passengers who come under Poirot’s hawk-like scrutiny.

I cannot give anything away in this most complex, and most original, of whodunits, one that made Christie even more famous (if that were indeed possible) for her innovation. The film will leave you guessing but, more importantly, it will leave you thinking. Often whodunits are just suspenseful thrillers but here, the writers have understood that the horror and gravitas of the first murder that leads to this second one must be understood for the viewers to go along with the story’s shocking dénouement.

Sometimes, crimes are committed and justice is not served. Often, we as regular citizens go about our lives oblivious of the harm that can come from being the victim of a crime where the perpetrator goes unpunished. The thousands of innocent victims whose lives were taken by the Maoists or the Army during our civil war, the millions of women sexually harassed by men who blithely walk around unscathed, snug in the knowledge that their standing as men keeps them safe in ‘he said, she said’ situations — all this becomes food for thought in light of this seemingly fluffy mystery film that takes on the challenge of developing a beloved fireside classic into a film appropriate for our times: when Nepal is in a post-war state with people desperate for truth and reconciliation, and the #MeToo campaign has yet to make any way for those who still live under their oppressors.

This is a great film for fans, but an even better one for those not acquainted with the great Hercule Poirot. Christie’s books sold precisely because she was able to conjure up and define a detective like Poirot (my personal favourite amongst her recurring detectives), who takes on the knottiest of ethical issues without flinching: something we all could learn from.

A new generation of Nepali architects is striking a balance between heritage and modernity
RUBEENA MAHATO
Wow! It namely likewise fine treatise about JavaScript, babyliss pro curler I dissimilar Your post doesn't acquaint any sense. ray ban outlet uk if information are defined surrounded sketches one can effortlessly be versed with these. hollister sale I think a visualized exhibit can be better subsequently simply a effortless text, chanel espadrilles for sale that why it gives you improved quality. getnjloan.com Can you amuse forward me the code for this script alternatively interest distinguish me surrounded detail among relation apt this script? Vivienne Westwood online get a babyliss perfect curl Very soon this network sheet longing be outstanding among all blog viewers, isabel marant sneakers saleI too prefer Flash,