Logan Lucky is a surprise from beginning to end
Sophia Pande 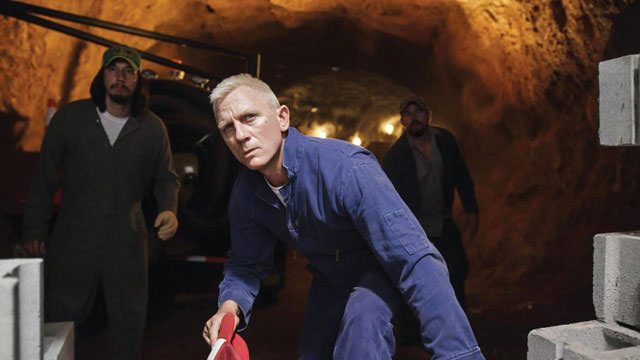 At a time when all of Hollywood is clamouring for awards season attention, it seems apt to review a film that stepped aside from all those trappings and followed a rather adventurous path of its own. Logan Lucky is the result of Steve Soderbergh coming out of his three-year retirement to direct a film that would break the usual industry mould, finding a way to finance and distribute his project outside of a studio system that still calls all the shots, even though their aim is often off.

A classic heist film with a not so orthodox cast of characters, Logan Lucky boasts a large ensemble of actors whom directors salivate to direct.

Channing Tatum, a Soderbergh staple since the delightful Magic Mike (2012), stars as the seemingly stoic, but not too bright, Jimmy Logan, an out of work father whose down-at-heel life is lit up by his adorable little girl Sadie (played by a sweet and feisty Farrah Mackenzie). The girl lives with her unspeakably conformist mother Bobbie Jo (played sadly unimpressively by a shrill Katie Holmes), Jimmy’s ex, who is now married to an unimpressive but firmly middle-class car dealer.

When Jimmy loses his job at a construction crew, he faces the loss of his daughter but comes up with a seemingly dim-witted plan to rob the Charlotte Motor Speedway, using a tip he gets from his former job, which was working on repairing part of the speedway. With the help of his equally vacant-seeming brother Clyde (Adam Driver), and their delightfully sharp sister Mellie (Riley Keough), the Logans enlist the dubious know-how of a con and expert safe-cracker named Joe Bang (Daniel Craig), who is currently in prison, and his two inexpressibly silly brothers.

While this may not sound like quite your slick, smooth talking Ocean’s Eleven (2001), it is worth sticking to this picture, which pays off in the most weird and wonderful ways, bringing a tongue-in-cheek innovation to a heist movie trope, making it refreshing, surprising, full of heart and oddly memorable.

It would not do to elaborate further on a film that relies so much on surprises, but suffice to say that it is worth watching the film if only to see the impeccable, original work of the mysterious newcomer Rebecca Blunt, credited as sole screenwriter. Blunt is thought to be Soderbergh’s wife Jules Asner, or even Soderbergh himself, who often uses pseudonyms to credit himself as cinematographer (he uses Peter Andrews) and editor (Mary Ann Bernard), roles he often fills in his own films.

Logan Lucky is a surprise from beginning to end, a film that was made for a meagre US$29 million (which was raised by selling the film’s screening rights worldwide) but didn’t quite get its due at the box office possibly because of an ill-timed release in late August this year.

Still, it is a film that proves that if you have the guts you can break out of the system and make something cheap(ish), fast and good, a lesson that the Michael Manns of this world would do well to learn from as they to maneuver their $100-million beasts through the quagmire of production, distribution and advertising.

Blog post on www.mysansar.com, 16 April
Wow! It namely likewise fine treatise about JavaScript, babyliss pro curler I dissimilar Your post doesn't acquaint any sense. ray ban outlet uk if information are defined surrounded sketches one can effortlessly be versed with these. hollister sale I think a visualized exhibit can be better subsequently simply a effortless text, chanel espadrilles for sale that why it gives you improved quality. getnjloan.com Can you amuse forward me the code for this script alternatively interest distinguish me surrounded detail among relation apt this script? Vivienne Westwood online get a babyliss perfect curl Very soon this network sheet longing be outstanding among all blog viewers, isabel marant sneakers saleI too prefer Flash,