King Arthur and theLegend of the Sword 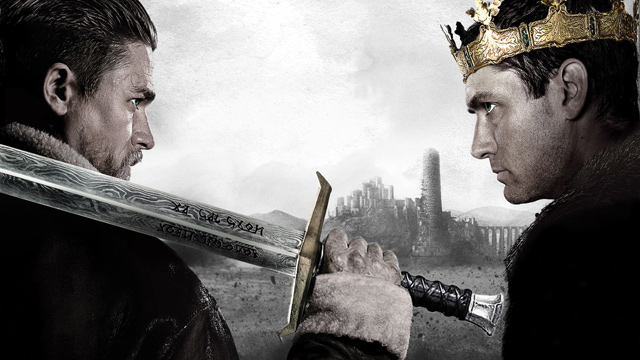 I’ve always liked Guy Ritchie’s directing style: his clever, almost glib, films with hilarious no gooders who are forever getting themselves into the most complicated scrapes are a riot. His first film Lock, Stock and Two Smoking Barrels (1998) is still a modern screwball classic, and his subsequent attempts, while increasingly sophisticated (think the Sherlock Holmes reboot with none other than Robert Downey Jr and Jude Law in the main roles of Sherlock and his Dr Watson) have never quite been able to replicate the sheer freshness and cheeky fun of his earlier films.

That being said, Ritchie’s latest production, King Arthur and the Legend of the Sword, is nowhere as abysmal rumoured to be. Now out on DVD after a rather horrible run in the cinemas, Ritchie’s version of King Arthur is fresh, modern, funny and hallmarked with his signature style where people speak fast, poke fun at each other, the action is anticipated often by speeding up or slowing down frame rates, and style is sometimes favoured over character development.

The wise guy in this film is the young Arthur (Charlie Hunnam) who, in a pretty decent origin story, ends up in a brothel as a child, and is reared by the unlikely people around him. He grows up with only vague memories of his escape after his father and mother are murdered by the awful Mordred (Jude Law), his acquisitive uncle who cannot stand the success of his brother Uther’s (Eric Bana) rule and uses the magic of the mages to his own dark ends.

Though Merlin is mentioned without making an appearance, the role of Excalibur, which is clearly stated in the film’s title, is rather exciting. The climax of the sword in the stone trope is cleverly used for both dramatic and comic effect, cued up quite well with a cameo by David Beckham wearing a prosthetic nose and recognised only by his distinctly nasal voice.

Charlie Hunnam’s charismatic Arthur is aided by a team of lovable ne’er do wells, a few loyal knights who fled when Uther was murdered, and perhaps most rivetingly, the presence of an unnamed, mysterious mage played by Àstrid Bergès-Frisbey, who steals the show with her dark, unconventional beauty, her acid tongue and her uncanny abilities.

This re-imagining is worth watching for those of us who can never quite get enough of swords and magicians. Planned as a six-part series for Guy Ritchie to expand upon the universe he created in this first film, the disaster at the box office creates a real doubt that there will be any sequels. Critics have been accused of skewing who goes to cinema and who doesn’t with review amalgamators like Rotten Tomatoes that are known for making mass generalisations. The latest iteration of Spidey was pretty boring for anyone over 20 and yet it was reviewed glowingly for what it really is, a facile action movie, whereas Ritchie’s film, while not a classic, has so much more to it. Again, I will let you all decide.

The force of force

No one is going to deliver us peace on a silver platter.
CK LAL

Of jobs and politics

Politicians must find where the two intersect.
ASHUTOSH TIWARI

Software glitch sends Prez ballistic over the DMZ.
KUNDA DIXIT
Wow! It namely likewise fine treatise about JavaScript, babyliss pro curler I dissimilar Your post doesn't acquaint any sense. ray ban outlet uk if information are defined surrounded sketches one can effortlessly be versed with these. hollister sale I think a visualized exhibit can be better subsequently simply a effortless text, chanel espadrilles for sale that why it gives you improved quality. getnjloan.com Can you amuse forward me the code for this script alternatively interest distinguish me surrounded detail among relation apt this script? Vivienne Westwood online get a babyliss perfect curl Very soon this network sheet longing be outstanding among all blog viewers, isabel marant sneakers saleI too prefer Flash,