Jacqueline Kennedy Onassis was clever, beautiful, complicated and brave; this Jackie does not quite do her justice.
Sophia Pande 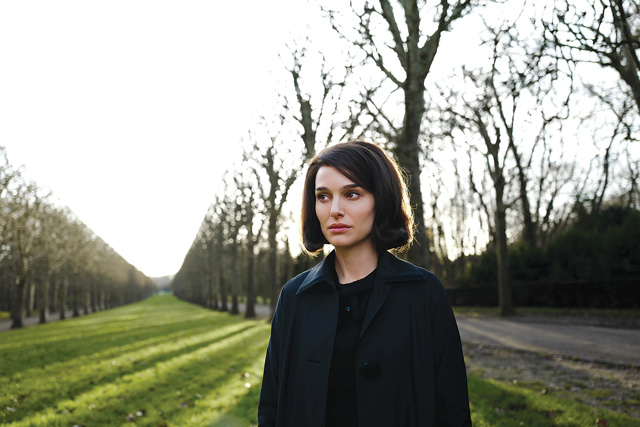 It is hard to really define Jackie, an impressionistic film about the hours and days after John F Kennedy’s (JFK) assassination and how Jacqueline Kennedy dealt with her unimaginable loss, without speaking about the woman chosen to play her and the effectiveness of her portrayal.

The film hinges on the performance of Natalie Portman in the lead role. She has never seemed a great actress to me, her beauty and her mannerisms just not versatile enough to play the variety of roles that a truly great actor like Streep can embody. Portman shares Jacqueline Kennedy’s colouring, but that first lady was more beautiful, with a classical face of her times not the elfin features of the also lovely Portman. It is admittedly a bit distasteful to pick apart somebody’s looks, but unfortunately when an actor is cast to type, as Portman has been in this case, there is no way out of evaluating both her physical resemblance to the historical figure and the appropriateness of that choice, which seems more motivated by resemblance than by skill.

Personally I think the casting was a poor choice. Rachel Weisz was the initial individual in mind, with her then partner Darren Aronofsky, a skilled, adventurous filmmaker, directing: both choices would probably have yielded better results.

With Jackie, Chilean director Pablo Larraìn directs his first English language feature, and while the script itself is somewhat cold, there is also a feeling of something lost in translation. Portman’s overly mannered copy of Jackie’s speech, the signature breathy voice and her distinctive transatlantic accent, just don’t sound right, even though other people seem to have been utterly taken in; the role earned Portman a Best Actress nomination which she lost to Emma Stone for La La Land.

In addition to this discombobulating performance by Portman is the incredibly strange script that paints every player, including Bobby Kennedy (an always great Peter Sarsgaard), JFK’s beloved younger brother, as unsympathetic, unfeeling and wooden. The characters say the right things, the Johnsons – Lyndon and Ladybird – who had to step up as President and First Lady, come off as awful, ambitious people, but nothing coalesces to show what it must have been like on that horrendous, fateful day.

Today, JFK’s White House is remembered with nostalgia, as a kind of Camelot, where the leaders were young, noble, egalitarian, handsome and brave, with Bobby and Jack (as JFK was known) the two main knights in shining armour. That myth was created by Jackie in the weeks after her terrible loss, starting with a carefully controlled interview with Theodore H White for Life magazine. There she first planted the seed for the Camelot analogy by telling White that it was Jack’s favourite musical.

Jacqueline Kennedy Onassis was undoubtedly one of the most famous women of her time. She was clever, beautiful, complicated and brave; this Jackie does not quite do her justice.

Yet, global warming and retreating glaciers dont make it to the World Water Forum
MALLIKA ARYAL in MEXICO CITY
Wow! It namely likewise fine treatise about JavaScript, babyliss pro curler I dissimilar Your post doesn't acquaint any sense. ray ban outlet uk if information are defined surrounded sketches one can effortlessly be versed with these. hollister sale I think a visualized exhibit can be better subsequently simply a effortless text, chanel espadrilles for sale that why it gives you improved quality. getnjloan.com Can you amuse forward me the code for this script alternatively interest distinguish me surrounded detail among relation apt this script? Vivienne Westwood online get a babyliss perfect curl Very soon this network sheet longing be outstanding among all blog viewers, isabel marant sneakers saleI too prefer Flash,