Viceroy’s House while not perfect, is a difficult, essential, reminder of what might happen to us.
Sophia Pande 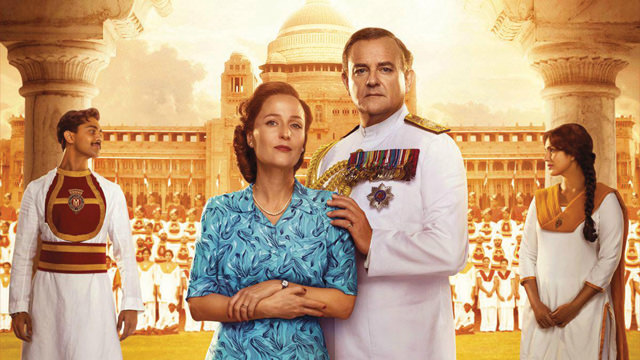 For those of us who studied in Nepal through high school, our knowledge of history was limited to the bloody conflicts between the Shahs, Thapas, Pandeys, and Ranas over the course of Nepal’s unification and the Machiavellian struggle for power that followed for a few centuries. Year after year, unthinking teachers rammed the same history down our throats in varying degrees of detail while we memorised dates that didn’t really serve us in the future.

We never studied the history of the world, and not even that of our nearest neighbours. Watching Gurinder Chadha’s Viceroy’s House about the partition of India and Pakistan, released earlier this year in the UK with a dubbed version a few months later in India, was therefore a jolt even though this is admittedly a bit of chocolate box of a film.

Starring the immensely likeable Hugh Bonneville (of Downton Abbey fame) as Lord Mountbatten, the last Viceroy of India, the film tells the story of Mountbatten and his wife Edwina’s (the formidable Gillian Anderson) moral quandary when they are sent to India in 1947 to “give India back to its people”.

This lofty goal quickly devolves into one of the most mired ethical predicaments of the past century when Mountbatten is faced with the intransigence of the Hindu and Muslim leaders of India, Nehru (Tanveer Ghani) and Jinnah (Denzil Smith), who refuse to budge regarding their notions of religious hegemony seeded by the British who sought to divide and rule over three centuries.

Following the anguish of everyday Hindus and Muslims as they face extreme violence brought on by the imminent division of their beloved country, and mirrored by Mountbatten’s distress, the film is hard to watch even while it is so much more costume drama then neo-realism, giving the viewer an inkling of how horrific it really must have been.

Chadha’s script takes its politics from The Shadow of the Great Game: The Untold Story of India’s Partition – Narendra Singh Sarila’s book from 2006, and while the twist make for great cinema, not being a historian myself, I am unsure of the historical accuracy of what occurs in the latter half, shocking everyone onscreen and off to the core.

At a time when Nepal is on the verge of elections that will finally propel us towards federalism, Viceroy’s House comes with the warnings of what happens if we allow our venal politicians to use race, religion, and ethnicity to divide instead of unite us. The India-Pakistan partition is a searing reminder of how hatred can triumph over unity – sewn by leaders who only look towards enhancing their own power.

Nepal has a wretched history of feudalism that has worked consistently against the poor, the marginalised, the ‘others’ (which includes women of all castes and ethnicities), and that continues today, no matter how much we may want to deny it. Our federal borders have been drawn, but the struggle to be inclusive will continue for decades to come. Viceroy’s House while not perfect, is a difficult, essential, reminder of what might happen to us.

Editorial in Samaya, 28 April
Wow! It namely likewise fine treatise about JavaScript, babyliss pro curler I dissimilar Your post doesn't acquaint any sense. ray ban outlet uk if information are defined surrounded sketches one can effortlessly be versed with these. hollister sale I think a visualized exhibit can be better subsequently simply a effortless text, chanel espadrilles for sale that why it gives you improved quality. getnjloan.com Can you amuse forward me the code for this script alternatively interest distinguish me surrounded detail among relation apt this script? Vivienne Westwood online get a babyliss perfect curl Very soon this network sheet longing be outstanding among all blog viewers, isabel marant sneakers saleI too prefer Flash,