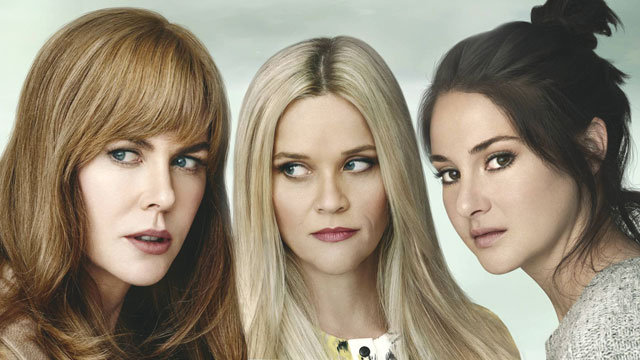 Earlier this year HBO returned to its tradition of airing some of the best television around. Just as it had pioneered Sex and the City (1998-2004), which changed how we view writing for television, with Big Little Lies the tradition has come round yet again, making another wider circle. This series provides its viewers with a delicious, dark, poignant murder mystery in seven parts written by none other than David E Kelly, who created the great Picket Fences and Ally McBeal, among many other strong, original, fearless shows.

Big Little Lies came to the screen when Reese Witherspoon and her producing partner Bruna Papandrea optioned the novel by Liane Moriarty — an enterprise that has brought us both Wild and Gone Girl in 2014. Big Little Lies is, if anything, a longer, better version of both aforementioned, wildly successful films.

Witherspoon founded her company, Pacific Standard, to make film projects with women and about women, but what has resulted is far from exclusive and always above par. With the massive weight of Nicole Kidman, Laura Dern, Shailene Woodley and Witherspoon herself, this mini-series is unlike anything you’ve ever seen before. The opening credits are a work of art, the production value is extremely high, watching the series is a feast for the eyes. Set in California, on one of its most beautiful rugged coasts, the cinematography is minimalistic but slick without being overly stylish: things come to life in a way that I’ve never quite seen before.

The episodes unfold over a central mystery that is revealed in the very first episode: someone has been murdered at the school’s gala fundraiser. All the affluent and not so affluent families who covet positions in the town’s acclaimed school are present, and the subsequent episodes bring us into the lives of these families and characters who play such a vital role in the mystery of who ends up dead and why.

It is easy to see why the book will have appealed to Witherspoon: the characters for women are so varied and so richly written that she must have practically salivated while reading Moriarty’s novel. And indeed, Witherspoon almost steals the show as Madeleine Martha Mackenzie, a feisty, impossibly single-minded, hilariously determined wife and mother who also has a gigantic heart. Side by side are Nicole Kidman as Celeste Wright, a high-powered lawyer turned trophy wife, Shailene Woodley as a newcomer to the town with a little boy in tow and dark past behind her and finally, the great Laura Dern playing against type as a sharp corporate executive who is used to being the alpha among males as well as females.

What a show this is, both in terms of mystery and the evolution of character. If you haven’t seen it, then find it: it is almost compulsory viewing for anyone who loves a good story. This is a fine one, with unforgettable women, some awesomely complicated dads, great children who actually come across as real little people instead of wooden toys who are spoon-fed their lines, and a marvelous soundtrack to augment the love, tragedy, jealousy, fear, comedy, and drama that pervades this crazy, wondrous series.

Meena Kayastha  recycles objects which have outlived their usefulness to society

Interview with Minister for Energy Gokarna Bista
Wow! It namely likewise fine treatise about JavaScript, babyliss pro curler I dissimilar Your post doesn't acquaint any sense. ray ban outlet uk if information are defined surrounded sketches one can effortlessly be versed with these. hollister sale I think a visualized exhibit can be better subsequently simply a effortless text, chanel espadrilles for sale that why it gives you improved quality. getnjloan.com Can you amuse forward me the code for this script alternatively interest distinguish me surrounded detail among relation apt this script? Vivienne Westwood online get a babyliss perfect curl Very soon this network sheet longing be outstanding among all blog viewers, isabel marant sneakers saleI too prefer Flash,