Top of the Lake: China Girl 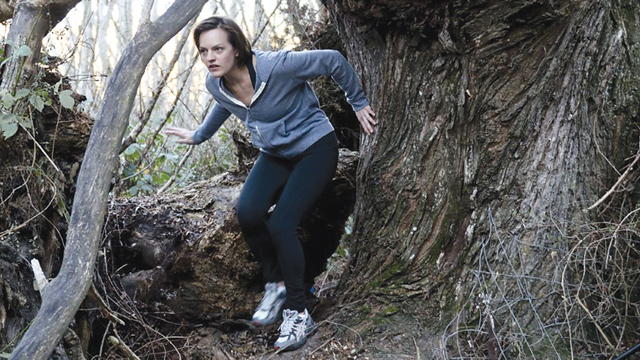 More than four years ago, Jane Campion, one of the most original directors making films today, premiered her seven-part series Top of the Lake, starring the powerhouse Elizabeth Moss, at the Cannes Film Festival. That formidable, unforgettable series was reviewed in this column in 2013. As much as the story of Detective Robin Griffin, played by Moss, screamed for more episodes, I never imagined that a few years later Campion would delve back into a series that changed so much for Moss, Campion and anyone who viewed this distinctive piece of work.

When there are films in the theatre that don’t warrant your money and your time, television and streaming is now the go-to alternative, with an astonishing scope of material, some of which is very, very good. The second six-part installment, Top of the Lake: China Girl, which just came out, is an example of long form television that is extraordinary in its unflinching feminism. The series paints a picture of a tough woman detective who is imperfect but courageous, surrounded by an ugly, unequal world of sexism and sexual harassment, where women are trafficked, go missing, and are used for their bodies via prostitution as well as for illegal surrogacy in a desperate modern world where couples are frantic to reproduce no matter the cost.

Robin Griffin has left her beautiful New Zealand hometown of Lake Top, a setting that underscored both the starkness and the almost ludicrous beauty of the first series. She has moved back to Sydney, broken-hearted yet again, and ready to throw herself into her work. When a woman’s body is found in a suitcase floating in the waters surrounding Sydney, Griffin is poised and ready to find the killer. Into this mix comes Griffin’s daughter, who she gave up for adoption at sixteen, a few very possessive mothers, a cruel left-wing, pseudo-academic, a handsome grieving father, a loveable female sidekick in the police force with a sharp tongue, and a whole load of women from south-east Asia who are forced into prostitution by abject poverty at home. The mystery here is as strong as it was in the first series, and as with that story, this one too develops characters in a strong, unwavering fashion.

Campion does not direct every episode here, but she co-wrote the script and her stamp is evident from the trajectory of the story and the strong female leads that steal the show. It is heartening to see a director that I have followed for so long constantly pushing her own boundaries as she changes her subject matter and her approach with each project.

Jane Campion is not great because she is one of the few successful female filmmakers: she is stellar because she makes films about women, and about men, without any apology for her feminism. That is what it means to stand up for your own sex. No bra burning or man hating or turning up one’s nose at women who don’t make the same ‘independent’ choices as yourself, just telling the truth, eloquently, starkly, about what it is to be female in this difficult world.