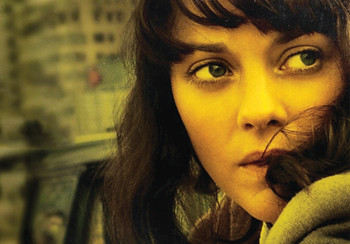 Steven Soderbergh is one of the most prolific directors of our time. A smooth, modern filmmaker, he has experimented from genre to genre, making films as diverse as the mainstream Oceans Eleven, Twelve and Thirteen films (2001, 2004, 2007), to the classic indie Sex, Lies and Videotape (1989), and most lately Magic Mike (previously reviewed in this column) about young male strippers. At the heart of Soderbergh’s films is a willingness to experiment within the boundaries of conventional filmmaking, making him, in other words, a maverick of the conventional filmmaking scene in Hollywood.

Contagion, which came out in 2011, is an excellent example of Soderbergh’s style. Written by Scott Z Burns, with whom he often collaborates, the film is an incredibly well written thriller about a flu virus that mutates and causes a worldwide pandemic.

Contagion, in keeping with all of Soderbergh’s other films, is shot by the director himself under the pseudonym ‘Peter Andrews’. In this particular case he used the RED MX digital camera, a cutting edge camera that he favoured greatly at the time because of its realistic image.

Soderbergh and Burns’ research was also very thorough. Wanting to recreate a feasible pattern of a spreading flu virus, the two spoke to various experts across the world to determine if what they were trying to depict could actually happen. Frighteningly, almost all the experts agreed that at some point in the near future, one of the current viruses (H1N1, SARS) would almost certainly mutate into a fast spreading killer.

The story starts with Gwyneth Paltrow as Beth Emhoff, a travelling executive whom we first see at an airport, coughing and sneezing as she finishes a beer at the bar. This is Day 2 of the epidemic. Emhoff is the index patient – the origin of the mutated flu virus called MEV-1. She has just been on a plane from Macao to Minneapolis, transiting in Chicago. What follows is a frightening, but incredibly skillful montage of a virus’s trajectory. Not only is it airborne, but it also spreads from surface to surface as sick people touch door handles, escalators, shake hands etc. 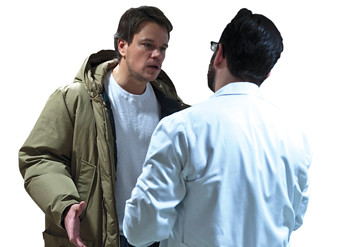 As the virus spreads across the globe, various key characters struggle to contain it, research it, and provide a vaccination for it. Marion Cotillard plays Dr Lenora Orantes, a French doctor who is dispatched to Macao to identify the virus’s origins. Meanwhile, on the North American continent, Dr Ellis Cheaver (Laurence Fishburne), and Dr Erin Mears (Kate Winslet) race against time to set up protocol to try and contain the disease just as Dr Ally Hextall (the always brilliant Jennifer Ehle) struggles to find a vaccine.

It is testament to Burns’ excellent script that all of these disparate characters come alive, each with their own distinctive personalities, all of them struggling with their own fears and morality systems. Undeniably, all of these people are great actors, but in a film such as this it is easy to lose the plot and meander into over-hyped drama rather than sticking with the humanity inherent in the story.

As people struggle with the terror of such an epidemic, social order is disrupted and we see human kind at their best and their worst, leaving us, the viewers, totally rapt, but also with important questions. At the event of a neo apocalypse, how would you behave? Who would you save first? Would you loot in order to feed your family? Would you leak classified information if you were in a position to do so, in order to save your nearest and dearest? Perhaps, it is time to seriously ask oneself such questions, and meanwhile, start stocking lots of potable water in the case of such a disaster.

Ghatna Ra Bichaar, 14 May
Wow! It namely likewise fine treatise about JavaScript, babyliss pro curler I dissimilar Your post doesn't acquaint any sense. ray ban outlet uk if information are defined surrounded sketches one can effortlessly be versed with these. hollister sale I think a visualized exhibit can be better subsequently simply a effortless text, chanel espadrilles for sale that why it gives you improved quality. getnjloan.com Can you amuse forward me the code for this script alternatively interest distinguish me surrounded detail among relation apt this script? Vivienne Westwood online get a babyliss perfect curl Very soon this network sheet longing be outstanding among all blog viewers, isabel marant sneakers saleI too prefer Flash,