While this is a good film it is not a great one, neither visually nor in terms of plot or introduction of new character
Sophia Pande 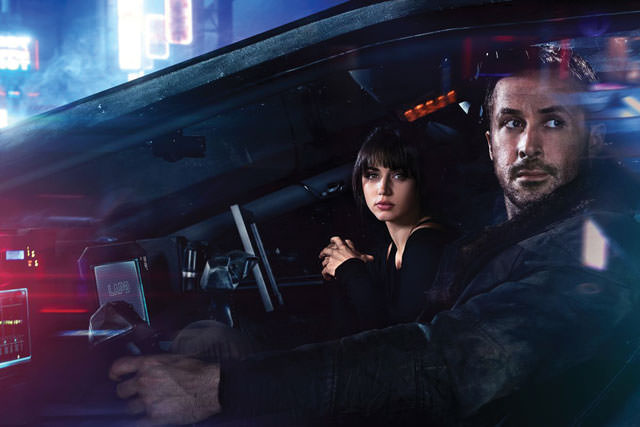 Denis Villeneuve is possibly the only director working today who could take on the enormously nerve-wracking task of making a sequel to the most important science fiction film of all time: the original Blade Runner from 1982. Made by the intrepid, visionary Ridley Scott and featuring a young Harrison Ford as the titular “blade runner,” the first film is a noirish meditation on the moral quandaries involved in hunting down humanoidrogue replicants made to simulate humans. In his futuristic vision for the first film (set in 2019), Scott created an extraordinary, now iconic amalgam of cultures, styles, and aesthetics that combine to show a future that is a simulacrum of our own world – but all smushed together emulating the essence of postmodernism: with many leveled domains on top of each other, sleek art deco buildings housing huge corporations, and a darkness that can come from the dystopia that is inevitable when humans start creating AI that think and feel but are created as slaves.

Blade Runner 2049 continues the story of the replicants’ struggle to realise their own humanity even as the people around them adjust their own to suit this new evolution: there is loathing, but also wonder and fear, a natural but not original trope when encountering an “other” so closely related to us and yet so different.

The plot of the first film weighs heavily on its sequel, and while Ryan Gosling plays another memorable part as “K,” a blade runner who is a replicant himself, there is little in this new film that truly breaks ground. Replicants are still going rogue, and the mantle of generating ever more human-like slaves has been taken on by Niander Wallace (Jared Leto) and his nefarious corporation.

K plods along on his rather sad existence as a sub-citizen, treated like insects by his employers while he must ruthlessly kill his own kind and return day after day for the now infamous but slightly altered Voigt-Kampff test that ensures his feelings have not evolved beyond the baseline – of relative emotionlessness.

Things spin out of control when it is discovered that certain replicants may be able to procreate. To tell you anything further would ensure that an already fairly clichéd plotline would then be just too tedious to sit through – for this is a long, self-indulgent script by Hampton Fancher, who also wrote the perhaps more flawed but far more stimulating original.

The problem with Blade Runner 2049 is essentially the problem of Denis Villeneuve – a director who is extremely talented at creating gravitas without an iota of humour to leaven his ongoing love affair with the themes of love, death and procreation.

While this is a good film it is not a great one, neither visually nor in terms of plot or introduction of new character. Even the entrance of Harrison Ford in the latter half of the film cannot really leaven its self-involved grandeur and while the film is supposedly visually stunning it is not even close to Villeneuve’s other, far better sci-fi film Arrival (2016) which while heavy, is truly beautiful.

What comes first: giving up arms or securing a peace deal?
NARESH NEWAR

Why has Kofi yanked off the UNs human rights man just when Nepal needs him the most?
KANAK MANI DIXIT

"We can work something out."

Shashi Tharoor, Indias candidate for UN Secretary General of the United Nations
Wow! It namely likewise fine treatise about JavaScript, babyliss pro curler I dissimilar Your post doesn't acquaint any sense. ray ban outlet uk if information are defined surrounded sketches one can effortlessly be versed with these. hollister sale I think a visualized exhibit can be better subsequently simply a effortless text, chanel espadrilles for sale that why it gives you improved quality. getnjloan.com Can you amuse forward me the code for this script alternatively interest distinguish me surrounded detail among relation apt this script? Vivienne Westwood online get a babyliss perfect curl Very soon this network sheet longing be outstanding among all blog viewers, isabel marant sneakers saleI too prefer Flash,