Atomic Blonde is a fast, fun, and completely explosive, unapologetic ode to the kind of stylised violence that gets our adrenaline pumping
Sophia Pande 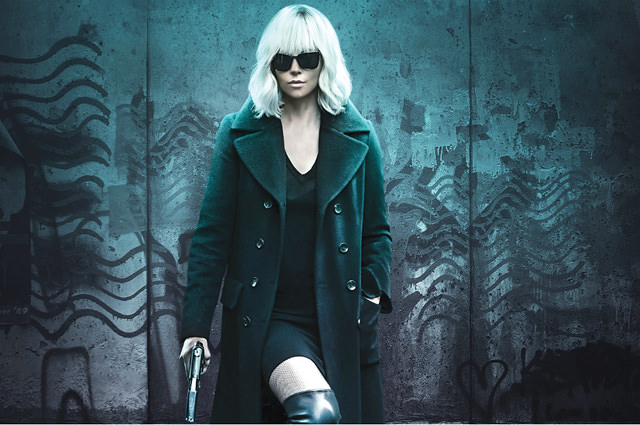 If halfway through watching Atomic Blonde, the new, slick, action-filled, visceral, Charlize Theron vehicle, you feel a bit of déjà vu it is because the film is basically a remake of John Wick (2014), the Keanu Reeves instrument that revived his career as an action hero a few years ago; tailoring his talents to what the man is best: a blank face with the astonishing ability to turn grueling fights into balletic set pieces.

Directed by David Leitch, who was an un-credited, co-director for John Wick, Atomic Blonde is a fast, fun, and completely explosive, unapologetic ode to the kind of stylised violence that gets our adrenaline pumping in the cinema without weighing overly on our conscience. If you are not in the mood for it, don’t watch. But for those who like the genre, this is one of the better films: following the path of pulpy violence adorned with some of the best fistfight action sequences seen recently on cinema.

The plot is convoluted but interesting enough, with Theron as Lorraine Broughton, an MI6 agent who is sent to Berlin in 1989 on the eve of the falling of the wall. She is possibly the toughest cookie (barring Reeves as John Wick) ever seen in the genre, unwavering as she weaves her way through the decadent underworld of Berlin, guided by her instincts and wits even as she is misguided by her fellow MI6 agent David Percival (James McAvoy), who has stayed just long enough in East Berlin to go thoroughly rogue.

The object of the mission – one that makes Broughton go atomic – is the recovery of a list taken from a murdered MI6 agent that, of course, has the name of every Western agent in the Soviet Union. Everyone is out to get it, for various purposes, and Theron’s motivations come into doubt as well when a double agent named Satchel is thought to be concealed within this now notorious list.

Theron is spectacular as Broughton, an elegant, hard as nails weapon with a bit of heart. Her character is totally flat, but her persona is not, with the same incredibly stylish construction that made Reeves’ John Wick so very popular.

Atomic Blonde was barred from theatres in Nepal by the censors due to its extreme, exhilarating action sequences, but also due to the prudishness of those who think that a lesbian love scene is somehow more “risqué” than a straight one. One can only imagine the looks on the faces of the censors while watching this wild, unapologetic film – but since you can choose for yourself as an adult, a decision that was, unfortunately, taken out of our hands, you can now make up your own mind.

Theron has set the tone for female action heroes without conceding her femininity. Now it remains to be seen if she herself and several others can follow and hold up in the footsteps of this particular, explosive, riveting, searingly memorable blonde.

A distant elite in a cloistered capital lashes out at those least able to protect themselves.
DANIEL LAK

How can business work for development?
ARTHA BEED

Give way to the ladies

Golf is no longer just for gentlemen in Nepal
DEEPAK ACHARYA

The mother of all floods

A catastrophic flood on the Kosi is not a question of if, but when.
Are we ready?
NAVIN SINGH KHADKA
Wow! It namely likewise fine treatise about JavaScript, babyliss pro curler I dissimilar Your post doesn't acquaint any sense. ray ban outlet uk if information are defined surrounded sketches one can effortlessly be versed with these. hollister sale I think a visualized exhibit can be better subsequently simply a effortless text, chanel espadrilles for sale that why it gives you improved quality. getnjloan.com Can you amuse forward me the code for this script alternatively interest distinguish me surrounded detail among relation apt this script? Vivienne Westwood online get a babyliss perfect curl Very soon this network sheet longing be outstanding among all blog viewers, isabel marant sneakers saleI too prefer Flash,