The Salt of the Earth

In the hands of a man like Sebastião Salgado, pictures can indeed become testaments written in light and shadow.
Sophia Pande 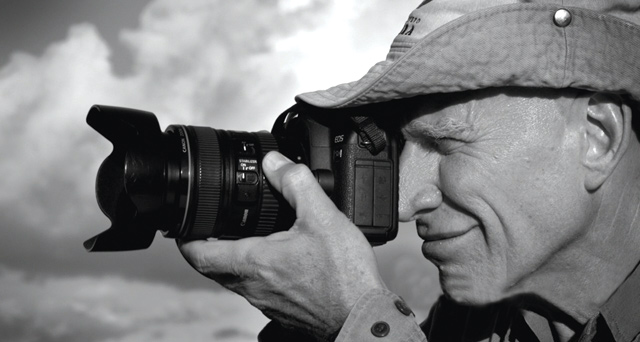 “Writing with light and shadow” (“photo” being “light” and “graph” meaning “to write” in ancient Greek) is a suitably poetic interpretation of photography and a particularly apt beginning for a film that is a deeply personal, impressionistic rendering of the life of Sebastião Salgado, the revered Brazilian photographer who is now in his early seventies.

Started as a project by Salgado’s older son Julian Ribiero Salgado, Wim Wenders, a highly experienced film-maker and family friend, was invited onboard in an effort to keep some essential perspective in a film that might have otherwise veered into a family self-portrait without much structure.

Filmed without any of the usual talking heads The Salt of the Earth explores how Salgado discovered photography as his medium, transitioning from a consulting economist for the World Bank to one of this century’s most important photographers.

Making a documentary about a photographer may seem somewhat redundant - after all both are visual mediums that can be engaged independently from each other- but the film starts to make sense as we hear Salgado’s thoughts in his very intimate, candid, trustful voiceover speaking about his own evolution as a photographer as he becomes ever more deeply engaged with his subjects. As a result, Salgado’s photography is piercing. Almost always in black and white with that essential, dramatic light and shadow - the products are likely to sear into your retina, such is the power of some of his images.

Working with Lelia’s constant support, Salgado’s oeuvre spans over 100 countries, documenting innumerable subjects ranging from gold mining to Rwandan refugees. It is the people who are the salt of this earth, he says, and that connection he has with the breadth of humanity is what stands out in his pictures as photograph after photograph shows us the human condition at its zenith and nadir.

We can always try to engage with art on its own, away from the context of the artist’s life, but there is an undeniable richness that comes from linking the man to his works - which is why this dreamy, sometimes indulgent, but frequently powerful documentary is so riveting, elucidating the man behind the machine.

Photography as a medium has changed the way we perceive the world in our ability to capture moments. In the hands of a man like Salgado, pictures can indeed become testaments written in light and shadow. As we welcome Photo Kathmandu – our first international photography festival, this is a film that illustrates just how effective a photo can be given care and thought; a useful thing to remember in these days of “point and click”.

Sushil Koirala in Deshantar, 8 February
Wow! It namely likewise fine treatise about JavaScript, babyliss pro curler I dissimilar Your post doesn't acquaint any sense. ray ban outlet uk if information are defined surrounded sketches one can effortlessly be versed with these. hollister sale I think a visualized exhibit can be better subsequently simply a effortless text, chanel espadrilles for sale that why it gives you improved quality. getnjloan.com Can you amuse forward me the code for this script alternatively interest distinguish me surrounded detail among relation apt this script? Vivienne Westwood online get a babyliss perfect curl Very soon this network sheet longing be outstanding among all blog viewers, isabel marant sneakers saleI too prefer Flash,