Ashutosh Tiwari caught up with Sarah Chayes, the author of Thieves of State: Why Corruption Threatens Global Security 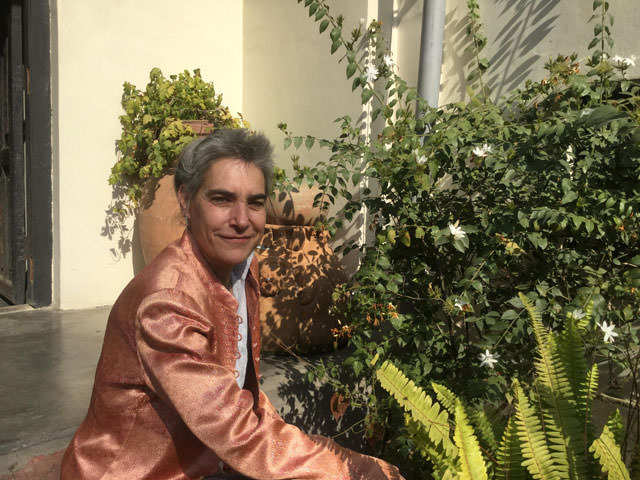 Sarah Chayes is a senior fellow in the Democracy and Rule of Law Program at the Carnegie Endowment for International Peace in Washington DC. Her work explores how severe corruption can help prompt such crises as terrorism, revolutions and their violent aftermaths, and environmental degradation. Chayes is the author of Thieves of State: Why Corruption Threatens Global Security.

She was in Kathmandu on invitation of The Asia Foundation, where Ashutosh Tiwari caught up with her.

Ashutosh Tiwari: Your book talks about global security. What was the context for it?

Sarah Chayes: The book came out a few years ago. Since then, the context has somewhat changed. At that time, in western countries, politician and policy makers were obsessed about violent religious extremism. That narrow focus pushed aside other areas of development, such as sustainable and equitable economic distribution, the importance of creating jobs, the environment and the survival of the species, modes of collective transport, infrastructure and so on. My argument was that extremism came out of bad governance, and that the extractive, corrupt behaviour of governments led to extremism. It was the symptom of the decay within, the decay caused by corruption.

You have taken international aid organisations to task over their failure to talk about corruption.

International aid organisations say that they exist to enhance the development potential of a country. However in practice, they work differently. They work in silos. This has exacerbated the problem of corruption. Take, for example, a health project on vaccines funded by a donor. The project may have to work with corrupt health ministry officials and other corrupt health institutions. When asked about the corrupt practices in the health sector, the aid official’s response would be, “That’s not for me to worry about. That’s for anti-corruption people to tackle.” You go to the anti-corruption people, and you see that they are funding aware-raising workshops and the like, which does not help much. In either case, what is missing is the holistic picture of development: that development is about accountability at all levels. 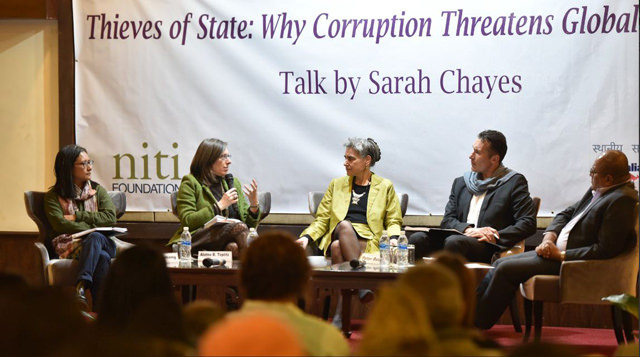 That calls for the kind of moral courage that is not usually associated with aid officials. How does one incentivise such behaviour?

Yes, careerism may blinker aid officials’ views of the holistic picture of aid. They may just refer to their terms of reference to account for narrow deliveries. But there’s no reason why anti-corruption measures could not be included in how the monitoring and evaluation framework is designed for projects. Other mechanisms, such as demands for better governance and a greater space for citizens’ oversight, could be built into project work. The idea is to be imaginative about subjecting the aid to the scrutiny of civil society so that it is appreciated for its role in enhancing the development potential. Too often, aid stays silent or ignores the problems of systemic corruption in a developing country, and is seen as benefitting the elite.

Is there a difference between petty corruption and other types of corruption?

Corruption is not about the amount of money involved. Nor should it be viewed in parts or in isolation. It is to be seen as the operating system of a sophisticated network that is out to enrich itself. That network grows by humiliating and insulting others, by putting others down. The poor face their daily indignities everywhere. They are shaken down by corrupt officials at every turn of their life. Their sense of honour is constantly devalued by corruption. At its root, corruption should be seen as an affront to human dignity. Often, people who have long been exposed to corruption are so fed up with what they have been through that they become impressionable to extremist ideologies. 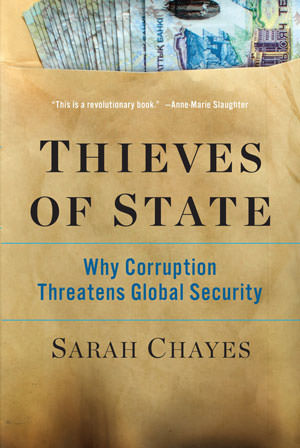 In Nepal, the free press here routinely exposes corruption at various levels of government. Yet most people feel that nothing really changes.

The press may report on corruption in general, but may not spell out the actual damage caused by that corruption. In the absence of the knowledge that gives a sense of what and how much was lost due to corruption, people may not grasp the true extent of the corruption around them. Besides, those who have been accused of corruption are often skilled at launching smear campaigns against their accusers. They have the resources of the state to create an ‘identity divide’, casting aspersions on the very identity of the accusers in ways that create a rift among supporters. That aside, we have to account for the fact that democracy itself has become disabled in many countries. The two pillars of democracy — constitutional restraints on power and elections — have been manipulated by corrupt regimes to serve their interests and not those of the public in whose name they govern.

There is this perception that corruption has actually increased in Nepal with vote-earning democrats in power and with all the political changes that took place after the end of the Maoist war and the overthrow of the monarchy. People wonder whether corruption is a side-effect of democracy.

After a civil war, a country can choose to pursue either justice or peace. In Nepal’s context, you seem to have prioritised peace. That might have led to an instance of elite bargaining, which is a way the political elites take credit for the changes, make peace with one another, and then go on to decide how to divide up the spoils among themselves. A Constitution might have been there but often, it would be used as a convenient contraption for the politicians in power to do as they please. The political elites can always point to their democratic credentials if anyone asks questions. Otherwise, being in power, they know how to subvert the check and balance system to reward themselves.

Dr. Govind KC, a prominent Nepali anti-corruption activist, recently ended his 14th hunger strike, which was aimed at highlighting corruption in the judiciary. Do such activists continue to engage in hunger strikes to make their point?

Activists will get attacked by those in power. Their work is never done. They need to build alliances, get more supporters to engage in strikes and use the media effectively to push for change. The more the public at large sees how corruption is robbing them of opportunities, stealing the bright future from their kids and diminishing everyone’s human potential but of the political elites, it will strike a chord for mass protests. We have seen this in Honduras, Guatemala, South Korea and Burkina Faso, where activists created alliances to go against corrupt politicians and bring down corrupt regimes.

We cant prevent a Sumatra-type earthquake, but we can be prepared for it
NAVIN SINGH KHADKA

Nearly two months after the murder of 12 Nepalis in Iraq, Janakpur families who lost their sons are still in shock
NAVIN SINGH KHADKA in JANAKPUR
Wow! It namely likewise fine treatise about JavaScript, babyliss pro curler I dissimilar Your post doesn't acquaint any sense. ray ban outlet uk if information are defined surrounded sketches one can effortlessly be versed with these. hollister sale I think a visualized exhibit can be better subsequently simply a effortless text, chanel espadrilles for sale that why it gives you improved quality. getnjloan.com Can you amuse forward me the code for this script alternatively interest distinguish me surrounded detail among relation apt this script? Vivienne Westwood online get a babyliss perfect curl Very soon this network sheet longing be outstanding among all blog viewers, isabel marant sneakers saleI too prefer Flash,