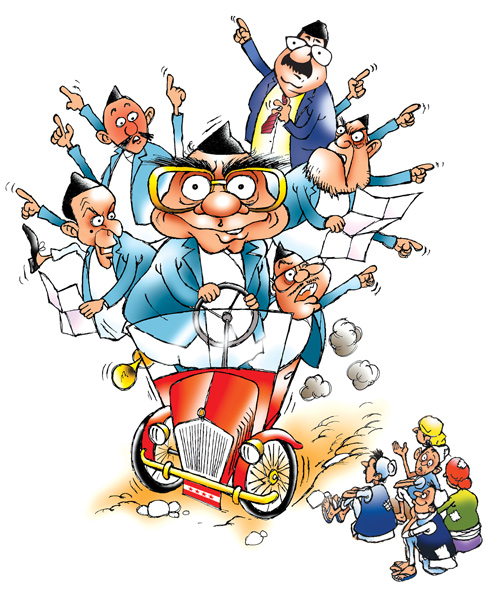 During Deuba’s first tenure as Prime Minister (1995-97), Maoist leader Prachanda took the country to war. In his second tenure (2001-02), the war having escalated, he dissolved Parliament, declared a state of emergency and was eventually sacked by King Gyanendra. In his third tenure (2004-05), the king staged a military coup and put him under house arrest. 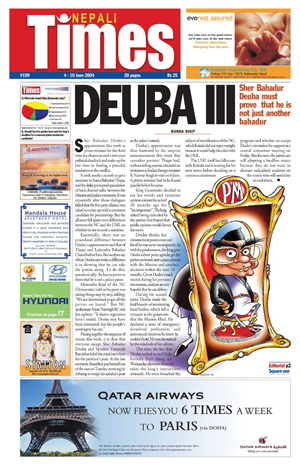 A duty to defy

As fellow-Nepalis, even security officials have a higher calling
CK LAL
Wow! It namely likewise fine treatise about JavaScript, babyliss pro curler I dissimilar Your post doesn't acquaint any sense. ray ban outlet uk if information are defined surrounded sketches one can effortlessly be versed with these. hollister sale I think a visualized exhibit can be better subsequently simply a effortless text, chanel espadrilles for sale that why it gives you improved quality. getnjloan.com Can you amuse forward me the code for this script alternatively interest distinguish me surrounded detail among relation apt this script? Vivienne Westwood online get a babyliss perfect curl Very soon this network sheet longing be outstanding among all blog viewers, isabel marant sneakers saleI too prefer Flash,