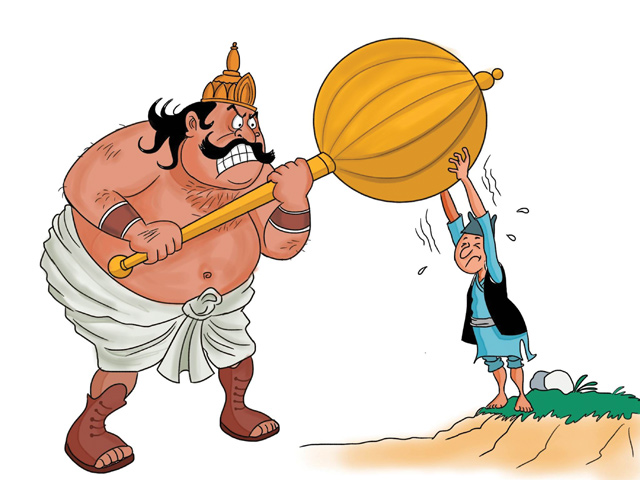 Nepalis keenly waiting for a resolution of the Indian blockade were disappointed when post-festival talks billed as ‘decisive’ ended inconclusively on Wednesday.

Chief negotiator Pushpa Kamal Dahal proposed an all-party panel to redraw federal boundaries in return for Madhesi parties suspending their agitation, but this was rejected outright.

“Such panels are meant for immediate relief from the crisis, not for long-term solutions,” said Manish Suman of Sadbhavana Party. “We are not ready to take the bait this time.”

The Madhesi Front has instead asked Dahal to come up with a more concrete proposal on its demand for two provinces in the Tarai. The Madhesi leaders know that the ruling coalition, which includes anti-federalists Kamal Thapa and Chitra Bahadur KC, will be divided over this which would add pressure on the UML.

Even Dahal seems to be waiting for the right moment to unseat Prime Minister KP Oli and lead a new coalition government with the NC and Madhesi parties. He is cosying up to the Madhesis and also India by projecting himself as more accommodative to their demands.

Oli is now trapped. He is convinced India will not lift the blockade as long he is in power. He is playing the nationalist card, but that will not work if the economic crisis caused by the blockade deepens.

With all sides engaged in political brinkmanship, the country is facing a humanitarian crisis and economic meltdown. Hospitals are running out of medicines, developmen has ground to a a halt. This is not a blockade, it is a siege.

A country can only be politically independent if its domestic affairs are in order. India may be behaving like a bully, but Nepal’s nationalistic bravado is not backed up by an ability to stand on its own feet.

My tongue or yours?

Language is contentious, and the debate between national languages and mother tongues more so
MARK TURIN

Dean Bijay KC ,The South Asian Institute of Management speaks about the need for context-specific management training, and the challenges and possibilities in higher education in Nepal.

Interview with Finance Minister Ram Sharan Mahat in Himal Khabarpatrika, 15 February
Wow! It namely likewise fine treatise about JavaScript, babyliss pro curler I dissimilar Your post doesn't acquaint any sense. ray ban outlet uk if information are defined surrounded sketches one can effortlessly be versed with these. hollister sale I think a visualized exhibit can be better subsequently simply a effortless text, chanel espadrilles for sale that why it gives you improved quality. getnjloan.com Can you amuse forward me the code for this script alternatively interest distinguish me surrounded detail among relation apt this script? Vivienne Westwood online get a babyliss perfect curl Very soon this network sheet longing be outstanding among all blog viewers, isabel marant sneakers saleI too prefer Flash,