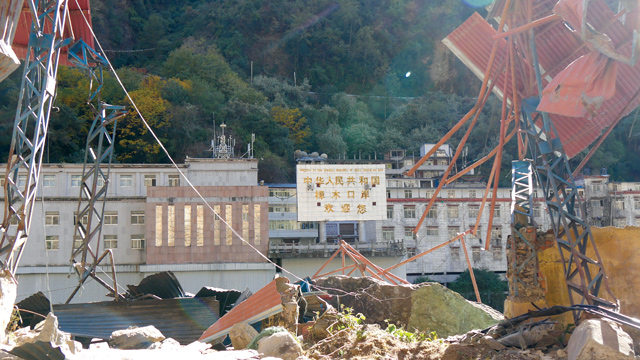 XIAOTONG XU
FRONTIER TOWNS: From Zhangmu in China to Raxaul in India (below) Nepal’s northern and southern borders have been severed for months by an earthquake and a blockade. 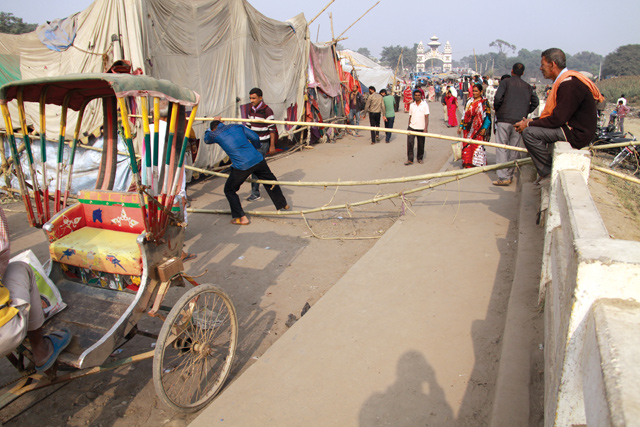 First, the earthquake cut off the highway to China through Kodari in April, then the blockade has obstructed Nepal’s trade links with India since September. Landlocked Nepal is virtually cut off.

Time seems to have stopped at Kodari, the once-bustling trading town on the border between Nepal and China ever since the April earthquake brought boulders the size of houses crashing down. The Friendship Bridge across the Bhote Kosi is damaged and lifeless. Kodari in Nepal and Zhangmu in China were both abandoned after the earthquake, and all trade has stopped. No one really knows when this important Nepal-China trade route will open again. A parliamentary delegation visited the border this week and urged the government to reopen as soon as possible.

Rasuwa, the border post heralded with much fanfare as an alternative trade route to China, has such poor infrastructure that tankers and cargo trucks can barely make it across the narrow and treacherous road. Bureaucratic hassles and corruption deter those who try to move goods through Rasuwa.

Meanwhile, Birganj which is Nepal’s biggest and busiest border town is in deep fatigue after continuous street protests and border obstructions since August. “When will all this end?” asked an Indian container truck driver who has been stranded in Birganj for five months.

Container trucks and tankers form a line many kilometres long into India as the blockade drags on into its fourth month. Nepal is facing a national emergency, its economy has been devastated, decades of progress in health, education and poverty reduction are in danger of being reversed.

Despite recent signs of progress, negotiations between the government and the Madhesi parties are stalled.

Villagers living outside Sagarmatha National Park get together to stop logging that has destroyed their forests.
NAVIN SINGH KHADKA in the KHUMBU