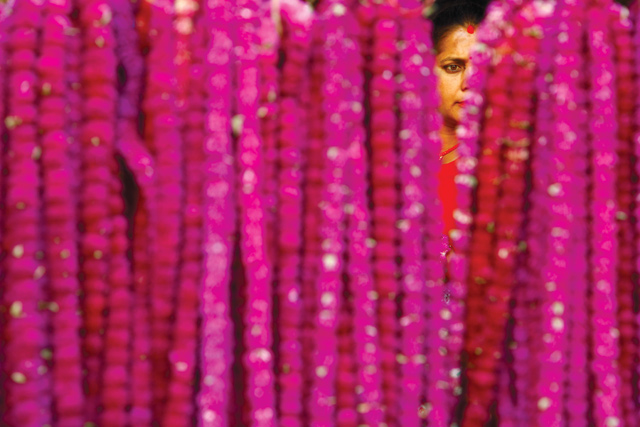 After the death of an Indian protester in Birganj this week, India has tightened its blockade on Nepal. The economic damage to the country of the two-month long blockade already far exceeds the impact of the earthquake. Yet, parachutist journalists from the international media who were so quick to descend on Kathmandu in April are nowhere to be seen. The international community is still calling it a ‘fuel crisis’, ignoring the fact that India has violated several international treaties by not allowing cargo to pass through its border to Nepal.

In his address at the inaugural session of the UN Human Rights Council Universal Periodic Review (UPR) in Geneva on Wednesday, Deputy Prime Minister Kamal Thapa said: ‘We are currently at a very delicate situation resulting from the obstruction of essential supplies at the border points’. But chances of the blockade being lifted before Tihar festival appear slim. Prime Minister KP Oli has hinted that the blockade might last long, asking business leaders to help ‘safeguard nationalism’.

Sooner or later (the sooner the better) this blockade will come to an end. It must. It is unnatural, illegal, destabilising and detrimental to the longterm national interests of both countries.

The only thing going for civil society is its name, it is unmilitary
CK LAL

Is oil Nepal’s next big bonanza?

A Scottish oil prospecting company is hoping to strike oil in the tarai, but what will it mean for these wetlands in Nepal?

The world is best when America sets an example, not when it hurts itself

DANIEL LAK
Wow! It namely likewise fine treatise about JavaScript, babyliss pro curler I dissimilar Your post doesn't acquaint any sense. ray ban outlet uk if information are defined surrounded sketches one can effortlessly be versed with these. hollister sale I think a visualized exhibit can be better subsequently simply a effortless text, chanel espadrilles for sale that why it gives you improved quality. getnjloan.com Can you amuse forward me the code for this script alternatively interest distinguish me surrounded detail among relation apt this script? Vivienne Westwood online get a babyliss perfect curl Very soon this network sheet longing be outstanding among all blog viewers, isabel marant sneakers saleI too prefer Flash,