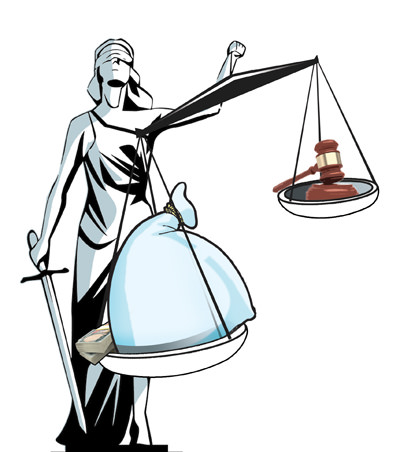 Gorkha Brewery must be happy with the Supreme Court. It has secured what it needed from the court: an interim order that could save its Rs510 million.

The country’s largest beer manufacturer had filed a writ at the apex court, seeking an order against the Inland Revenue Department (IRD)’s decision to collect the amount as VAT and excise duty from it. The company argued that the IRD calculated the amount ‘unfairly’, and that it would incur a huge financial loss if it was forced to pay the amount.

On 15 February, the single bench of Chief Justice Gopal Prasad Parajuli barred the IRD from collecting the tax amount from Gorkha Brewery until the final verdict. Given how rarely the apex court reverses its interim order, it is almost certain the IRD will not be able to collect the tax.

The Supreme Court has been delivering a series of such verdicts rescuing big companies from huge tax backlogs. Towards the end of his controversial stint as the head of the judiciary, Chief Justice Parajuli has fast-tracked large tax-related cases, benefitting several multi-national companies and hurting the country’s economy.

On 27 December, the Supreme Court stopped the IRD from collecting over Rs250 million from Surya Nepal. It was the taxable amount of the dividend deposited by the country’s leading cigarette manufacturer into its welfare fund.

The IRD lawyers at the Supreme Court argued that Surya Nepal deposited up to 70% of its profit in the welfare fund to evade tax, but the justices did not find merit in their argument.

If companies do not agree to the amount of tax levied upon them by the IRD, they can usually appeal for a review. If they are not satisfied with the review, they have recourse in the revenue tribunal. They can go to the Supreme Court only if they object to the tribunal’s decision.

However, after Parajuli became Chief Justice last year, most large taxpayers have begun to file frequent writ petitions at the Supreme Court instead of following due process. And CJ Parajuli or justices chosen by him are all delivering verdicts that favour tax-payers.

IRD spokesperson Yagya Prasad Dhungel says: “The court is giving whatever taxpayers are seeking, and it has severely affected revenue collection.”

The biggest blow dealt by the Supreme Court to revenue collection was when Ncell was allowed to repatriate Rs31 billion in profit from Nepal. The government had barred Ncell from repatriating the profit until a capital gains tax linked to company’s sale by TeliaSonera to Axiata was settled. But Ncell moved the Supreme Court on 17 December, and CJ Parajuli acted the very next day to pave the way for Ncell to take the money out of Nepal.

Advocate Om Prakash Aryal, who shot to fame by filing a writ that eventually brought down the dreaded head of the anti-corruption watchdog in 2017, says: “Justices are now delivering verdicts so fast it is as if they have promised to settle all tax cases before they retire.”

The Supreme Court also swiftly delivered an interim order in another case involving Ncell, benefitting billionaire Upendra Mahato’s Synergy Nepal Company. Concluding that Synergy Nepal undervalued the transaction of Ncell shares, the IRD had instructed the company to pay an additional tax amount of Rs3.25 billion. The court delivered the verdict for this case in just two days.

The Supreme Court settled another high-profile money-laundering case in just three days, baffling everyone who thought the justice system in Nepal was slow. Nepal Rastra Bank (NRB) had not allowed controversial businessman Ajey Sumargi to bring in $21.3 million from Cyprus for four years, questioning the source of his cash.

Sumargi filed a writ at the Spreme Court on 4 February, asking for permission to bring his money. On 6 February, the court ruled that ‘there was no legal basis and reasons’ for the Central Bank to freeze Sumargi’s money.

Tough tasks lie ahead for constitution writing, so Dahal's continued leadership of the sub-committee debating issues is important
DAMAKANT JAYSHI

TEXT & PHOTOS by NEIL DIXIT
Wow! It namely likewise fine treatise about JavaScript, babyliss pro curler I dissimilar Your post doesn't acquaint any sense. ray ban outlet uk if information are defined surrounded sketches one can effortlessly be versed with these. hollister sale I think a visualized exhibit can be better subsequently simply a effortless text, chanel espadrilles for sale that why it gives you improved quality. getnjloan.com Can you amuse forward me the code for this script alternatively interest distinguish me surrounded detail among relation apt this script? Vivienne Westwood online get a babyliss perfect curl Very soon this network sheet longing be outstanding among all blog viewers, isabel marant sneakers saleI too prefer Flash,