Why the Madhes movement failed

Madhesi leader Jaya Prakash Gupta outlines 10 mistakes the Front made that led to the failure of the movement. 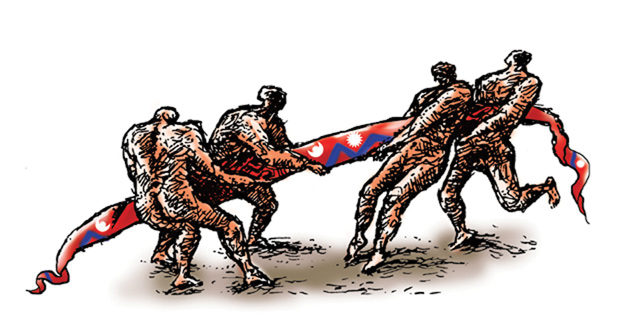 After six months of an indefinite strike in Nepal’s southern plains, five months of a sit-in at Birganj-Raxaul trade point and the deaths of more than 50 people, the Madhes movement seems to have died down without any substantial outcome. Though the movement was led by the Madhesi Front, there were other Madhes-based parties that were also on the streets protesting the new constitution.  Madhesi leader Jaya Prakash Gupta outlines 10 mistakes the Front made that led to the failure of the movement.

1) Madhesi people wanted to see all Madhesi parties fighting together for their cause, but the Front did not want to join hands with other political forces, including the Tarai Madhes National Campaign.

2) Even when Madhesi protesters were being killed, the Front leaders were more interested in joining the government rather than pressing for the demands raised by Madhesi people.

3) The Front was late to announce the strike. It should have hit the streets right after the signing of the 16-point agreement.

4) Legislators belonging to the Front walked out of the house when the constitution was passed. But they rejected the idea of resigning en masse to create more pressure on the Big Three.

5) The Front rejected the constitution, but ended up taking part in the voting of the new Prime Minister, which was the first step towards implementing the constitution.

6) The Front wanted to restrict its agitation to the area between Parsa and Saptari districts, fearing that other forces might receive credit if it spearheaded the movement across the Tarai.

7) India has always been a key player in Nepali politics, but the Front failed to reach out to New Delhi for support at the outset of the agitation.

8) The Front leaders were self-centered and constantly tried to outsmart each other to take full credit for the uprising.

9) The Front leaders tried to cash in on the rivalry between Indian Prime Minister Narendra Modi and Bihar leader Lalu Prasad Yadav. Taking part in anti-Modi programs organised by Yadav’s party in Bihar was the height of stupidity.

10) The Front tried to suppress other Madhesi forces, which did not help the agitation.

What’s next in the Madhes, Navin Jha

Running out of time

The next fortnight is crunch time for the madhes
PRASHANT JHA

Is your workplace a jerk-free zone
ASHUTOSH TIWARI

Dhurba Kumar Rawal in Naya Patrika, 1 January
Wow! It namely likewise fine treatise about JavaScript, babyliss pro curler I dissimilar Your post doesn't acquaint any sense. ray ban outlet uk if information are defined surrounded sketches one can effortlessly be versed with these. hollister sale I think a visualized exhibit can be better subsequently simply a effortless text, chanel espadrilles for sale that why it gives you improved quality. getnjloan.com Can you amuse forward me the code for this script alternatively interest distinguish me surrounded detail among relation apt this script? Vivienne Westwood online get a babyliss perfect curl Very soon this network sheet longing be outstanding among all blog viewers, isabel marant sneakers saleI too prefer Flash,