A new mechanism for Nepal 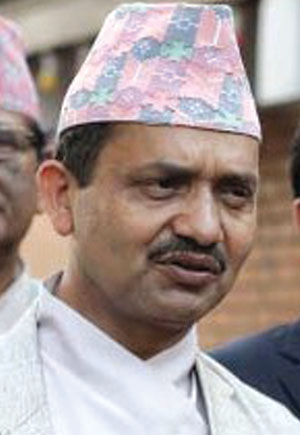 RSS
Kantipur: The government got a lot of flak for being slow with rescue and relief. Will it be the same story for rehabilitation and reconstruction process as well?

Govind Raj Pokhrel: We studied the past disaster scenarios in Nepal as well as of neighbouring countries, and have realised that the traditional methods of rebuilding will not work. We are looking at this as a fresh start rather than just rebuilding and have proposed a new mechanism for the process. In order to build a new and better Nepal we need to concentrate on managing resources, time and empowering the local government authorities. The destruction by the earthquake is much more than expected. We don’t have enough budget to do it on our own and the current Ministry of Finance and mechanism is not enough to handle the collected Nepali and foreign resources. It is not because we don’t have the capacity but because we need to win the trust of donors. Therefore we need a special mechanism to win their trust.

But we haven’t received enough assistance for reconstruction. We have not called for assistance for rebuilding and reconstruction yet. There are two problems regarding this. One, it has to be under the government and two, they have to be able to trust us. If we don’t concentrate in these areas and simply think about powers of ministries while building the mechanism, we will not get as much help as is needed.

Are the donors not willing to donate or is it us who don’t know how to convince them?

Countries all over the world are going through economic recession. Plus the funds are also divided with countries facing insurgencies. It is not easy to bring in assistance and we have to work hard.

How are the preparations for the donor summit going?

The National Planning Commission (NPC) is preparing a needs assessment report and a corresponding budget for reconstruction. We will submit it to the government by 15 June. The NPC is working in coordination with the ministries and donors to prepare a report that is accepted and owned by all.

Most of the international aid seems to be spent on overheads.

There are two ways for this: either work with the government or go through budgetary channels. Although not every donor agency will agree, we will have to include everyone. We have to look in to the agencies spending 80 per cent of the aid money for administrative purposes. We cannot allow one area to get all the aid while nothing reaches rural areas.

Yes. If we ask them to work with the government I am sure they will.

Will they reduce overheads?

That is why we need to build a trustworthy and responsible mechanism. It will be tough only until we can make them believe that we have a transparent and efficient system in place for reconstruction. It looks like the donor agencies too want a similar mechanism to the one we are proposing. They want the government and non-government agencies as well as civil society and private organisations to help.

Many are pointing out to the dangers of people living in tents permanently just like in Haiti.

That is exactly why we need to rehabilitate the people to nearby places where they can earn a living. Unlike Haitian victims, a majority of survivors here are farming families. We should not make the survivors dependent on aid, we must help them increase their capacity to farm. Although there are a few places where assistance is required, there are other places where people are queuing up for rice when the maize in their farms is ready to be harvested.

Lastly, how long will it take to rebuild Nepal?

“We need help to rebuild Nepal”