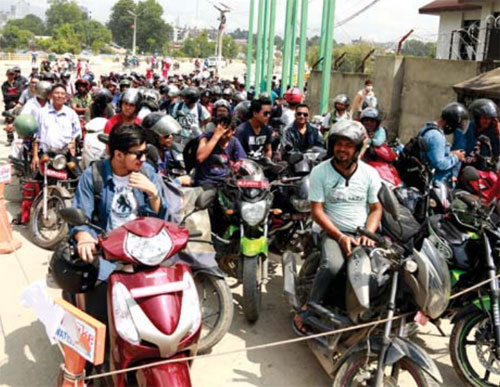 What if India imposes an economic blockade against Nepal as it did in 1989? The general perception is that Nepal will suffer more. Actually it may end up harming India more. Here are five reasons why blocking the border is counter-productive.

Indian Prime Minister Narendra Modi succeeded in removing anti-Indian sentiments in Nepal during his Nepal visit last year. That was why signing of Bilateral Investment Promotion and Protection (BIPPA) and Upper Karnali Power Development Agreement (PDA) hardly drew any flak. A blockade would radicalise a new generation of Nepalis. As a result, even years after the end of the blockade, India will find it difficult to do business with Nepal.

Nepal imports goods worth Rs 5 billion from India every year, but exports are worth less than Rs 1 billion. The longer the blockade continues, the more Nepalis will turn to China for trade. Rs 5 billion may not be a huge amount for a giant economy like India, but it would lose out.

New Delhi has always been cautious about Beijing’s influence in Kathmandu. By not welcoming Nepal’s constitution and warning of a blockade, India will boost Chinese influence. China does not have bigger interests in Nepal, but will benefit from Kathmandu’s alienation with New Delhi.

Nepal is becoming increasingly more dependent on India. But a blockade will encourage Nepalis to seek alternatives and become more independent. Even politicians will stop thinking that they cannot reach top posts without New Delhi’s blessing.

If India distances itself from Nepal, Pakistan’s influence will also grow and Nepal has an open border with India. Anti-Indian feelings in Kathmandu will not bode well for India.

We must find more lucrative ways to be original.