“We are fighting for the people” 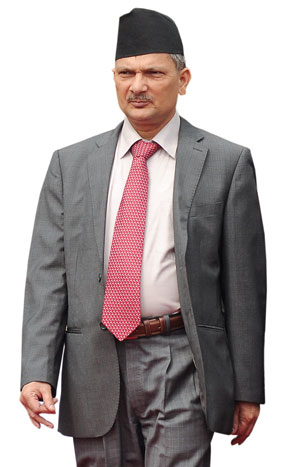 Rabindra Mishra: After your vandalism and strikes, is your party fit to lead the country?

Baburam Bhattarai: The country will not change unless a party representing the poor, oppressed and marginalised communities comes to power. We need to take the responsibility for this country. For that we are ready to rectify our mistakes, correct our negative traits and move forward.

But did last night’s CA fracas bring you closer to that goal or expose your weaknesses?

People have been struggling to draft their own constitution for 60 years. Last night’s outburst is justified.

How can you claim to be making a constitution by and for people when all important issues about the constitution are being discussed behind closed doors?

If you disregard people’s representatives who have led the revolution in the past despite their flaws, I have nothing to say. Political leaders are humans too and we have our shortcomings. But we do hold a position in the CA and it is us who have to draft a constitution. And I assure you it is being done out in the open, and not behind closed doors.

Will it be drafted by vandalising the CA?

That was an act of retribution because the party, which fought for the poor and marginalised was sidelined. The CA has turned into the same old parliament ruled by parties represented by NC, UML and RPP.

Is it appropriate for a leader of your stature to just watch the CA being vandalised?

I request you to not put out false information. The parties in status quo, who are trying to revive the same constitution since 1990, are influencing the media a great deal. We apologise for the damage caused in the CA but we are fighting for the people.

You keep repeating the word ‘people’ and claim everything you did was for the oppressed, marginalised and underprivileged sector. But you torched taxis belonging to the poor.

We cannot just stand there and not do anything if the country reverts back to its former state and the same politicians have all the power. We have to fight so the country does not regress.

After what happened in the CA and on the streets, what are the chances of a constitution being written?

The rights of the oppressed minority are being violated as the country continues to degenerate. The mainstream media is more concerned with the vocal elite.

It has been so hard for you to try to help and serve the oppressed population of Nepal, hasn’t it?

For years the ruling class has created a discourse and social consent through the media that it has been hard to hear the voices of the oppressed people. It is difficult but we will not stop fighting for truth and justice for the people.

Patan- thinking outside the square.

Residents are pitching in to conserve their collective heritage.
SRADDHA BASNYAT

A lot of hot air

In the not-so-distant future, well all be mixed.
DANIEL LAK
Wow! It namely likewise fine treatise about JavaScript, babyliss pro curler I dissimilar Your post doesn't acquaint any sense. ray ban outlet uk if information are defined surrounded sketches one can effortlessly be versed with these. hollister sale I think a visualized exhibit can be better subsequently simply a effortless text, chanel espadrilles for sale that why it gives you improved quality. getnjloan.com Can you amuse forward me the code for this script alternatively interest distinguish me surrounded detail among relation apt this script? Vivienne Westwood online get a babyliss perfect curl Very soon this network sheet longing be outstanding among all blog viewers, isabel marant sneakers saleI too prefer Flash,