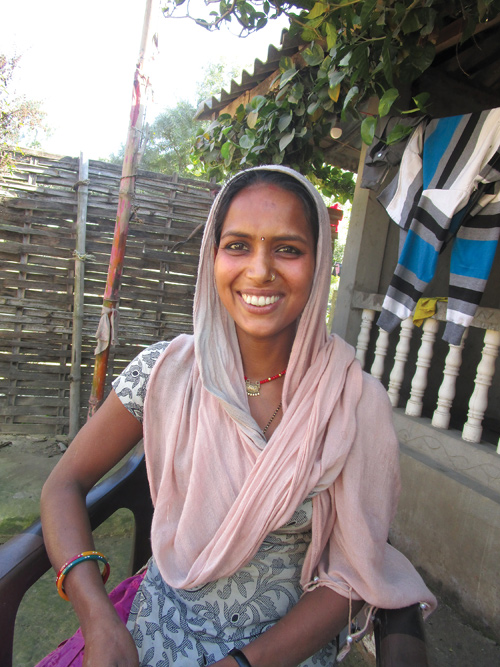 Binita Devi (pictured) lost her husband, Sohan Sah Kalwar, during last year’s Madhes movement. She now runs a tea shop in Birganj to feed her children. On a recent winter morning, the 23-year-old widow asked rhetorically: “What did the Madhes gain from my husband’s martyrdom?”

The Madhes certainly faces discrimination in terms of political representation and access, and the region exploded twice in 2007-8 to assert its identity. But the uprisings did not help raise living standards, though it catapulted a few Madhesi leaders to power. These leaders spearheaded another movement in 2015 that was accompanied by a crippling five-month border blockade that wrecked Nepal’s economy.

The people in Madhes have no doubts that the constitution is is always work in progress, and its implementation is the key to the future, but their opinions have been ignored by the leaders who claim to be representing them.

Jahur Mubarak, 58, runs a shoe shop near the clock tower in Birganj. He feels Madhesi leaders have cultivated a culture of political polarisation. “There is no gain from hostility, only if we stand united will we prosper.”

Rakesh Singh, a Birganj-based politician, says the Madhes will not prosper without tapping the vast natural resources of the Chure hills to the north. Madhesi leaders only talk of rights, and not development, he says.

Subhas Kumar, a civil society member in Birganj, says the Madhesi people’s anger was fueled by rumours, and not the actual content of the constitution. “Madhes can enjoy all the rights even from this constitution,” he says, “we perhaps need a few amendments, and the right intent to make the laws that would ensure our rights. But the leaders are not trying to solve the problem this way.”

Naresh Ram, 56, is a cobbler.  He did not get work, and had to take loan to feed his family during the last Madhes uprising. He is still working overtime to pay off the loan. “All I want is to work and live peacefully,” he says.

Madhesi leaders and activists are accused of distorting the contents of the charter to whip up passions, but failed to understand the actual aspirations of the people they represented. Civil society activism was absent, and as a result, the chasm between Kathmandu and the Tarai grew. The Madhesi people’s allegiance to nationalism was questioned. Sociologist Chaitanya Mishra says: “There was no one who could assure the Madhesis that the hill people do not doubt them, but they harbour suspicions about India.”

Mukti Ram Dhamala, a professor of political science in Birganj, agrees that Madhesi leaders ignored the true aspiration of most people in the plains for economic progress.

Rakesh Singh, an NC leader says: “Madhesi leaders talk of identity, but just care about power. Madhesi leaders do not listen to the poor Madhesis, their voice is not the voice of the Madhes.”

Singh says it is not true that Kathmandu ignores the Madhes. “Look at the plight of the earthquake survivors,” he says. “They are hill people, but the Singha Darbar is indifferent to their plight.”

“I cannot say where this movement will take us in future, but I can say it is not doing anything good to us at present,” says gold trader Jitendra Saraf.

We have a situation here

Death of an institution

The Constituent Assembly provided an example of how not to write a constitution
KANAK MANI DIXIT
Wow! It namely likewise fine treatise about JavaScript, babyliss pro curler I dissimilar Your post doesn't acquaint any sense. ray ban outlet uk if information are defined surrounded sketches one can effortlessly be versed with these. hollister sale I think a visualized exhibit can be better subsequently simply a effortless text, chanel espadrilles for sale that why it gives you improved quality. getnjloan.com Can you amuse forward me the code for this script alternatively interest distinguish me surrounded detail among relation apt this script? Vivienne Westwood online get a babyliss perfect curl Very soon this network sheet longing be outstanding among all blog viewers, isabel marant sneakers saleI too prefer Flash,