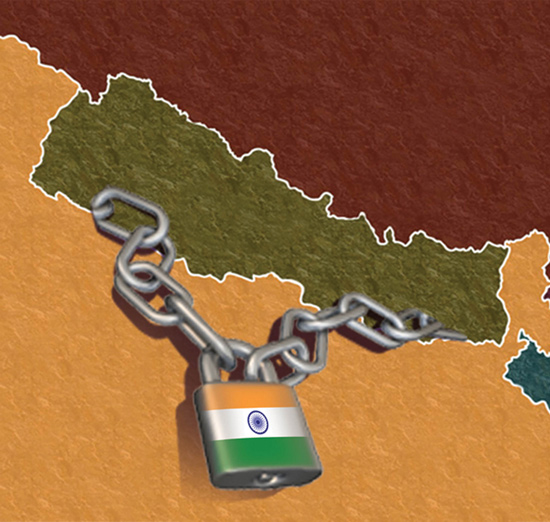 Diplomatic missions in Kathmandu seem to be unaffected by India’s blockade of Nepal.

The international community which is usually vocal about any political development in the country has surprisingly stayed silent on the current blockade.

A few countries have released individual statements expressing concern over the humanitarian crisis caused by acute fuel shortage, but the missions here have yet to condemn India’s actions.

Each day the Nepal Oil Corporation receives more than a dozen recommendation letters requesting supply of fuel to various embassies. The government has made special provisions to provide fuel to diplomatic missions.

According to an employee at the Ministry of Foreign Affairs, had the government not made such provisions, then the international missions would have been forced to speak up against the blockade.

The United Nations mission in Nepal has also kept quiet on the issue.

The SAARC Secretariat which is based in Kathmandu and is currently headed by Nepal has also remained silent. According to experts on diplomatic affairs, Nepal has failed to open a discussion on the subject through the Secretariat. The government has shown no concern towards making the diplomatic missions understand that the ongoing internal conflict and Indian blockade are two different things.

“It is Nepal’s responsibility to reach out to them, but so far we have not been able to do so,” says Bhesh Bahadur Thapa, former Minister of Foreign Affairs.

An appropriate time for technology

Prisons in Nepal are dilapidated, but their deterioration is not limited to their cracked roofs and crumbling walls.
TEXT AND PICTURES by KIRAN PANDAY
Wow! It namely likewise fine treatise about JavaScript, babyliss pro curler I dissimilar Your post doesn't acquaint any sense. ray ban outlet uk if information are defined surrounded sketches one can effortlessly be versed with these. hollister sale I think a visualized exhibit can be better subsequently simply a effortless text, chanel espadrilles for sale that why it gives you improved quality. getnjloan.com Can you amuse forward me the code for this script alternatively interest distinguish me surrounded detail among relation apt this script? Vivienne Westwood online get a babyliss perfect curl Very soon this network sheet longing be outstanding among all blog viewers, isabel marant sneakers saleI too prefer Flash,