Rising from the dust

Text and pics by Amul Thapa in www.kathmandutoday.com

Shyam Awal rushed outside his house near Bhaktapur Darbar Square when the earthquake struck on Saturday. Within a few minutes the house collapsed, burying his four-month-old baby Sonit under the rubble. A Nepal Army team worked until late that night to rescue the baby, but gave up and left. Shyam didn’t give up hope and stayed put. A few hours later, he heard cries from underneath the rubble and he called the Army back. After digging for several hours, the team finally pulled the baby out. 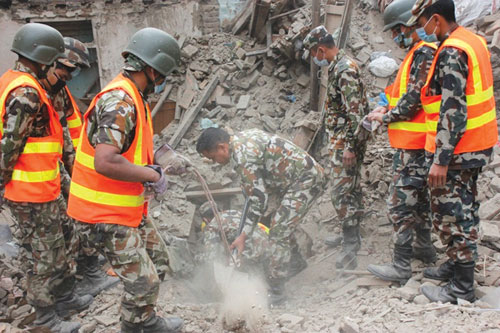 Soldiers dig under the rubble to rescue Sonit. 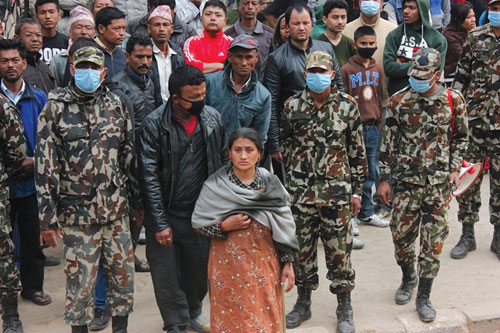 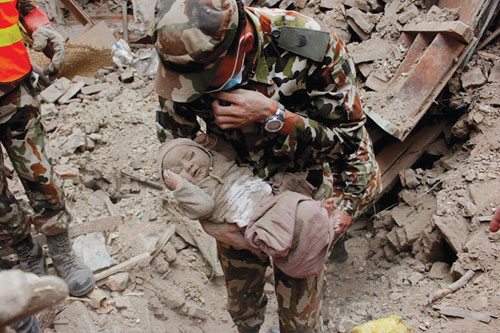 Sonit is found alive after 22 hours under the rubble. 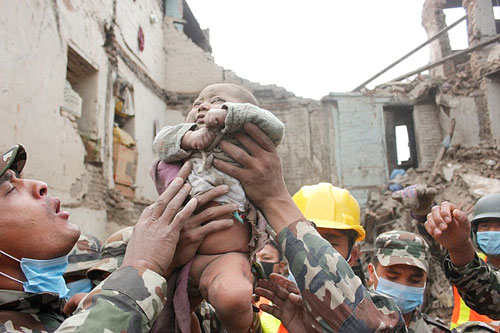 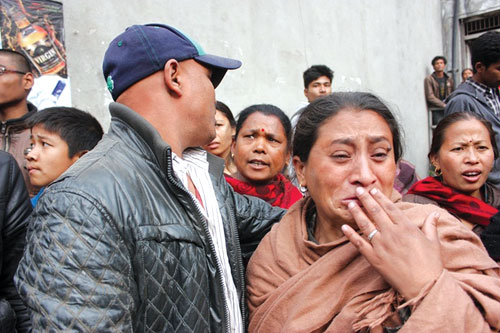 Sonit’s mother is in tears.

For more photos of the rescue, see Kathmandu Today

Over-zealous planners would do well to accommodate businesses
CK LAL

Letters to the editor in Nagarik, 24 November
Wow! It namely likewise fine treatise about JavaScript, babyliss pro curler I dissimilar Your post doesn't acquaint any sense. ray ban outlet uk if information are defined surrounded sketches one can effortlessly be versed with these. hollister sale I think a visualized exhibit can be better subsequently simply a effortless text, chanel espadrilles for sale that why it gives you improved quality. getnjloan.com Can you amuse forward me the code for this script alternatively interest distinguish me surrounded detail among relation apt this script? Vivienne Westwood online get a babyliss perfect curl Very soon this network sheet longing be outstanding among all blog viewers, isabel marant sneakers saleI too prefer Flash,