“No polls in the Tarai” 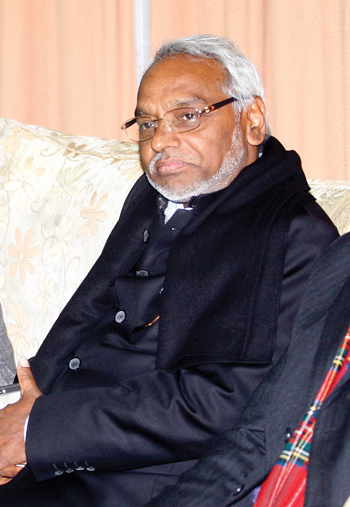 Rajendra Mahato: It is a mistake to think that these three parties can sort out everything among themselves. They pushed through the constitution, but were they able to implement it? They cannot hold elections without addressing our demands by amending the constitution. If not, we will boycott elections.

The Madhesi parties have obstructed the restructuring of local government bodies, and are against elections to existing local bodies. What do you really want?

Whether before or after restructuring local bodies, elections cannot take place in the Tarai as long as our demands remain unaddressed. We are ready to participate in the restructuring of local bodies only after the constitution is amended to address our demands. Even the second constitution amendment bill that is now in Parliament does not address our issues. It needs to be revised before being passed.

What if your rigidity causes federalism to fail?

That is what the three major parties want. By refusing to show flexibility on our demands, they are not only threatening federalism but all our political achievements. Madhesis need federalism more than they do. The constitution they imposed on us is a betrayal of the mandate they got from the people. And the biggest proof of it is that they are still unable to go to the Tarai to defend the constitution they pushed through. Unless the constitution is made acceptable to Madhesi people, we reject every decision by the government, not just elections.