No citizenship to vote 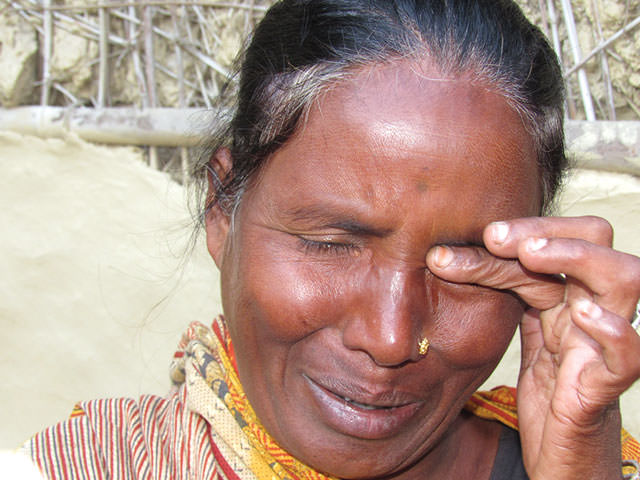 60-year-old Jagodevi Chamar, of Harinmaya in Mahottari district, hasn’t voted in her life. She doesn’t have a citizenship card, hence no voter ID.

For the last 10 years, Chamar has been trying to get a citizenship card. When leaders visit during elections seeking votes, she always asks them to help but she has yet to find a candidate who understands her dilemma. “I don’t have a citizenship so I have never cast a vote,” says Chamar, who comes from a Dalit community.

Since the death of her mentally challenged husband, the woman has faced more obstacles to acquiring her identity card. “My husband didn’t have a citizenship, so mine can’t be made either. How am I supposed to produce documents now that he is gone?”

Because she doesn’t have citizenship, Chamar is deprived of the single woman’s allowance that she is entitled to and a birth certificate for her 19-year-old disabled daughter. While having a citizenship will make her eligible for social security allowance, Chamar says it will also fulfil her wish to vote for a candidate who will work for the poor.

Chamar’s neighbour, Aaghanidevi Sada, is suffering the same fate. At 62, she doesn’t have a citizenship, which makes her ineligible to vote and receive social security allowance, despite being a single woman. Her children don’t have IDs either. “I want to see my citizenship before I die: I wish to cast a vote and elect a candidate,” she says.

Reshma Sada has lived in Harinmaya for four decades. Her husband, who passed away several years ago, didn’t have a citizenship, nor does she. “Politicians come to our village all the time asking for votes, promising to get us our citizenships, but once elected they never come back.”

With no identity papers, locals are finding that they can’t have a passport made to apply for labour migration either. Subadi Sada Musahar sums it up: “Because we don’t have citizenship, we can’t access government services. But who will listen to our pain?”

These four women are just a few members of this poor Dalit community who have been deprived of the right to vote all their life for lack of citizenship. Ahead of the provincial and parliamentary elections on 7 December they will again be looking for candidates who understand — and will act upon — their situation.

Harinmaya lies in Province 1, where 12 leaders are contesting the election. Mahottari has four electoral constituencies and has already elected local level officials for 10 municipalities and 5 village councils.

It's no surprise that the Maoists and the Nepal Army defend their own, but PM Nepal's comments are the unkindest cut of all
DAMAKANT JAYSHI

Change Fusion Nepal helps transform job seekers into job providers
Wow! It namely likewise fine treatise about JavaScript, babyliss pro curler I dissimilar Your post doesn't acquaint any sense. ray ban outlet uk if information are defined surrounded sketches one can effortlessly be versed with these. hollister sale I think a visualized exhibit can be better subsequently simply a effortless text, chanel espadrilles for sale that why it gives you improved quality. getnjloan.com Can you amuse forward me the code for this script alternatively interest distinguish me surrounded detail among relation apt this script? Vivienne Westwood online get a babyliss perfect curl Very soon this network sheet longing be outstanding among all blog viewers, isabel marant sneakers saleI too prefer Flash,