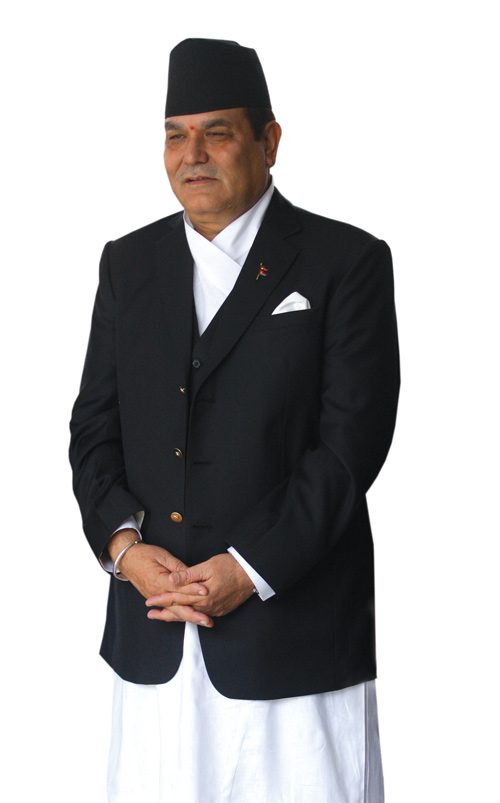 The day I took over the anti-corruption agency, I made a resolution to eradicate corruption in Nepal. My focus was to develop the CIAA as an active, powerful, fair and transparent anti-government body. Corruption was so rampant that no sector was unaffected by it. When I began to clean up the mess, certain political parties and their MPs targeted me with an impeachment motion.

At that time, I was investigating irregularities by opaque I/NGOs, unscrupulous cooperatives, politically-protected trade unions, tax evaders, business syndicates and cartels, media outlets interested in misguiding the nation, corrupt businessmen in the guise of media entrepreneurs, power brokers involved in parliament horse trading, hunger strikers sponsored by I/NGOs and individuals amassing disproportionate wealth. When I was about to file cases against corrupt leaders, they ganged on me and pushed for my impeachment. I have left it up to the people to decide whether I need to be removed.

I have thoroughly studied every act of conspiracy against me, and I have reached the conclusion that the corrupt want to remove me at any cost. Whether I stay or go is not important, but I have a few questions: was it my fault to investigate those who fraudulently received billions of rupees through NGOs to weaken national unity? Was it my fault to take action against those who illegally stashed away money and invested in overseas businesses in violation of Nepali laws? Was it my fault to clean up the mess at the top?

I was accused of trying to act like the Chief Executive.  Did I ever interfere in the appointments of ministers? Did I ever recommend anyone close to me as justice, secretary or manager of a public enterprise? Did I really create a parallel administration? I challenge my detractors to prove when and how I overstepped my jurisdiction.

I am confident that I will get out of this. Once I resume my job, I will start fulfilling my promise to rid the country of corruption. Even if I am impeached, I will continue to expose the corrupt with the support from the people.

The people are the defenders of democracy, and they want a country free of corruption. Although I was a retired bureaucrat, I knew the extent and dimensions of corruption only when I became the CIAA Chief. To eliminate corruption, we kept all state mechanisms under surveillance. The CIAA has increased surveillance on many individuals, and cases have been filed against some of them.

I do not want to publicise everything at this stage. But I will not hesitate to do so when the people want me to. If the person committed to eradicating corruption and promoting good governance is humiliated it is too much to bear. If there is any obstruction I will have to spearhead an anti-corruption campaign as an aware Nepali citizen. Only time will tell how many of them will be caught with their pants down.

Extrapolate human nature to the international security system and you will discover how easily power seeks to match power.
PUSKAR BHUSAL

Political leaders appear as clueless as the rest of us when it comes to what happens next.
PUSKAR BHUSAL
Wow! It namely likewise fine treatise about JavaScript, babyliss pro curler I dissimilar Your post doesn't acquaint any sense. ray ban outlet uk if information are defined surrounded sketches one can effortlessly be versed with these. hollister sale I think a visualized exhibit can be better subsequently simply a effortless text, chanel espadrilles for sale that why it gives you improved quality. getnjloan.com Can you amuse forward me the code for this script alternatively interest distinguish me surrounded detail among relation apt this script? Vivienne Westwood online get a babyliss perfect curl Very soon this network sheet longing be outstanding among all blog viewers, isabel marant sneakers saleI too prefer Flash,