“Stay away from Nepal” 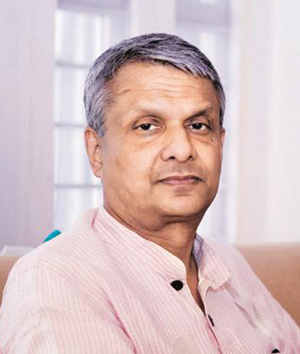 An influential member of the Indian parliament, Tathagata Satpathy, has written to Prime Minister Narendra Modi about growing anti-Indian sentiments in Nepal.

Satpathy said that India’s ‘unofficial’ embargo against Nepal has caused shortages of fuel, medicines and food in a landlocked country wrecked by a devastating earthquake just six months ago. He said this was a violation of basic human rights.

Satpathy, a Biju Janata Dal leader from the Indian state of Odisha, was on a family holiday in Nepal two weeks ago. He has already returned to New Delhi, and said he hadn’t yet got a reply from Modi. Excerpts of letter:

Pressure to rollback curbs
NARESH NEWAR
Wow! It namely likewise fine treatise about JavaScript, babyliss pro curler I dissimilar Your post doesn't acquaint any sense. ray ban outlet uk if information are defined surrounded sketches one can effortlessly be versed with these. hollister sale I think a visualized exhibit can be better subsequently simply a effortless text, chanel espadrilles for sale that why it gives you improved quality. getnjloan.com Can you amuse forward me the code for this script alternatively interest distinguish me surrounded detail among relation apt this script? Vivienne Westwood online get a babyliss perfect curl Very soon this network sheet longing be outstanding among all blog viewers, isabel marant sneakers saleI too prefer Flash,