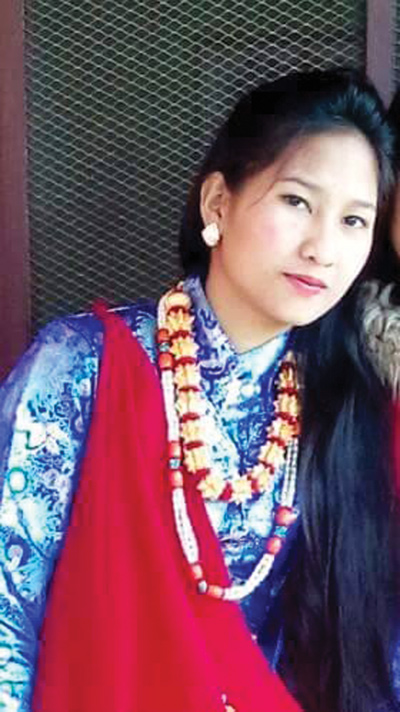 Twenty-year-old Gyani Chepang is the first nurse from her semi-nomadic community that makes a living mainly in the Chure Hills of southern Makwanpur district. After graduating from Shree Medical and Technical College in Bharatpur early this year, Chepang is planning to return to her village of Lothar in Makwanpur to serve her community which has very high maternal and infant mortality because of the lack of medical facilities and the low-level of awareness regarding the prevention of common infections. Low literacy and the poor state of schools means that communications is the first line of defence against communicable diseases.

Lothar was affected by massive floods in 2003 and the region has never really recovered from the calamity. It made an already poor region more destitute. There is a health post in Lothar, but no health workers and hardly any medicines. Most Chepangs have to trudge to Bharatpur even to treat minor ailments.

“I have suffered and seen the hardships of my community, and I want to help to make their lives better,” says Gyani Chepang.

Most women in the community still deliver babies at home, and many died from complications. Malnourishment is endemic, this leads to stunting and makes children vulnerable to infections. Gyani was herself born at home, and raised by parents who eked out a living by earning daily wages in nearby towns and collecting roots and tubers from the forest for family meals. But Gyani was lucky, unlike most of her friends, she got to go to school.

Gyani knew her parents were too poor to pay for her higher studies, so she had almost given up. It was her elder brother who encouraged her to fulfill her dreams. Today, Gyani (whose name means ‘wise’ or ‘decent’) lives up to her name.

Inspired by the life of Florence Nightingale, Gyani dreamt about pursuing a career in nursing. As luck would have it, she found a scholarship to join a nursing course. “People in my community are still against sending their daughters to school,” she says. “I feel lucky that my brother was so supportive.”

The only alternative to talks is talks.
SHANKER POKHAREL

In half-made societies, the elite periodically yearns for a knight in shining armour.
CK LAL

The Maoist insurgency enters its eighth year next month. We asked three human rights activists about the impact of the conflict, ways to minimise the suffering of the innocents, and steps to find a peaceful resolution.

There are potholes on Nepals information highway.
NAVIN SINGH KHADKA
Wow! It namely likewise fine treatise about JavaScript, babyliss pro curler I dissimilar Your post doesn't acquaint any sense. ray ban outlet uk if information are defined surrounded sketches one can effortlessly be versed with these. hollister sale I think a visualized exhibit can be better subsequently simply a effortless text, chanel espadrilles for sale that why it gives you improved quality. getnjloan.com Can you amuse forward me the code for this script alternatively interest distinguish me surrounded detail among relation apt this script? Vivienne Westwood online get a babyliss perfect curl Very soon this network sheet longing be outstanding among all blog viewers, isabel marant sneakers saleI too prefer Flash,