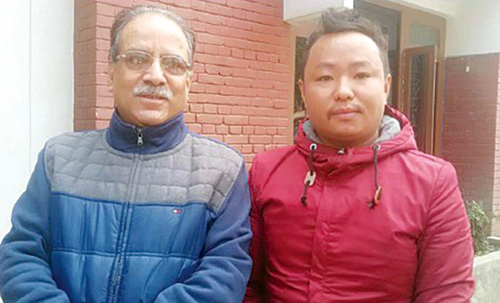 Democracy has its own flaws, and that was proved once again by the victory of an absconding ‘fraud’ in the recent local elections.

Asim Rai, the chairman of a cooperative who made off with millions of rupees deposited by its clients, was elected chief of Sunkoshi Village Council in Solukhumbu district in the second phase of local elections on 28 May.

Unique Group, a savings and loan cooperative established by Rai and six other investors in Gongabu of Kathmandu in 2009, collected about Rs50 million from over 1,000 clients. But the cooperative failed, and Rai went into hiding.

Police arrested Rai, and he promised in writing to return the money. Some customers then claimed that they did not receive payment and filed a fraud case against him at Kathmandu District Court. The court convicted Rai of defrauding his clients, and ordered him to return Rs3 million to 7 individuals.

Instead of obeying the court’s order, Rai cosied up to Maoist Chair Pushpa Kamal Dahal and secured a ticket from his party to contest elections in Solukhumbu. No one filed a complaint against his candidacy, and he was elected chair of the largest local council in the district. Advocate Rajan Niraula asks: “How can a man convicted by the court deliver development and justice?”

Can you really blame Deuba for going ballistic in Butwal?
PUSKAR BHUSAL

Doubt and the drive to write

"Ive written something," poet Viplob Pratik said in one of our first meetings, "and I want you to read them and tell me if they are poems."

A lot of people who agree with Girija Koiralas message are not convinced about the sanctity of his motive.
PUSKAR BHUSAL
Wow! It namely likewise fine treatise about JavaScript, babyliss pro curler I dissimilar Your post doesn't acquaint any sense. ray ban outlet uk if information are defined surrounded sketches one can effortlessly be versed with these. hollister sale I think a visualized exhibit can be better subsequently simply a effortless text, chanel espadrilles for sale that why it gives you improved quality. getnjloan.com Can you amuse forward me the code for this script alternatively interest distinguish me surrounded detail among relation apt this script? Vivienne Westwood online get a babyliss perfect curl Very soon this network sheet longing be outstanding among all blog viewers, isabel marant sneakers saleI too prefer Flash,