Amongst the dozens of vehicles vandalised by Maoist strike enforcers on Tuesday was a scooter belonging to a young mother of two at Chabahil. Despite the presence of security personnel in the area, protestors smashed the scooter and verbally abused the woman. The mother was in tears, and her traumatised children, aged eight and five, also began to cry. The Police managed to rescue her and the children, and whisked them away to safety. 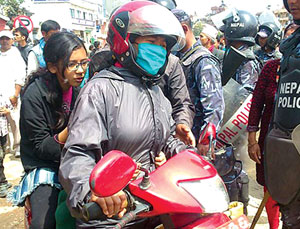 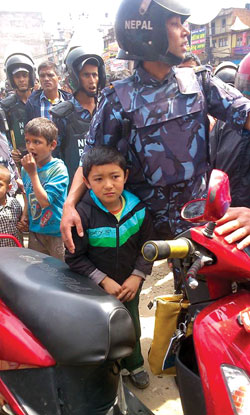 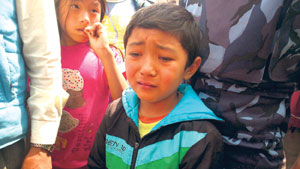 "We are not looking for any additional business," says ex-UNMIN deputy Tamrat Samuel
Wow! It namely likewise fine treatise about JavaScript, babyliss pro curler I dissimilar Your post doesn't acquaint any sense. ray ban outlet uk if information are defined surrounded sketches one can effortlessly be versed with these. hollister sale I think a visualized exhibit can be better subsequently simply a effortless text, chanel espadrilles for sale that why it gives you improved quality. getnjloan.com Can you amuse forward me the code for this script alternatively interest distinguish me surrounded detail among relation apt this script? Vivienne Westwood online get a babyliss perfect curl Very soon this network sheet longing be outstanding among all blog viewers, isabel marant sneakers saleI too prefer Flash,