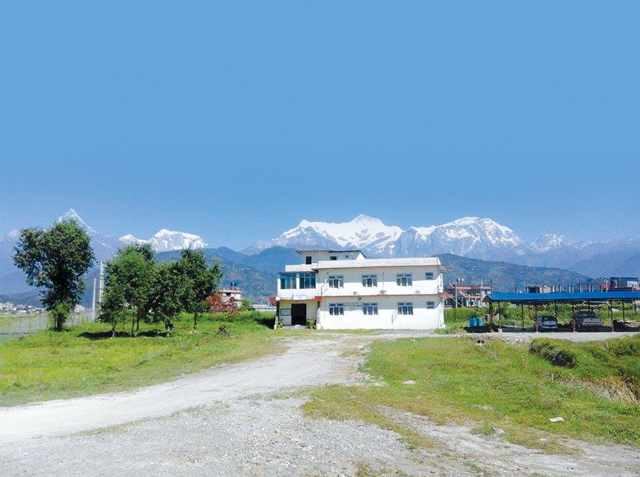 After two devastating earthquakes in the spring of 2015, the number of tourists visiting Nepal plummeted to a six-year low. Last year, visits rebounded to pre-earthquake numbers, encouraging Nepal to set an ambitious target of bringing in 2 million tourists annually by 2020. However, tourism entrepreneurs say it will be difficult to achieve that target without upgrading the only international airport in Kathmandu, and building other ones outside the capital.

Here is an update on progress in building future international airports:

Construction of Gautam Buddha International Airport in Bhairahawa has once again ground to a halt. Birendra Prasad Shrestha, spokesperson of the Civil Aviation Authority of Nepal (CAAN), says work stopped because of the Chinese contractor and its sub-contractor. The Rs 6 billion project, partially funded by the Asian Development Bank (ADB), was to be completed this year. But frequent obstructions have postponed the deadline to December 2018.

China CAMC Engineering Co will begin construction of the Pokhara international airport next year, and is expected to be finish by 2020. Nepal is taking a loan for the project from the Export-Import Bank of China.

The land acquisition process is underway, and the government has decided to involve the Nepal Army in clearing the field in Bara district for the project. But no agreement has been signed so far, and even the CAAN is not sure when this project will take off and be completed.

The Tribhuvan International Airport (TIA) extension project is also moving very slowly. The Spanish contractor was to complete this ADB-funded project in 2019, but it was fired last year for ‘non-performance’. The CAAN has called for fresh bids to complete the project, which now has been split into three components.

Taking the people for granted

Social entrepreneurs are businessmen with motives beyond money
PAAVAN MATHEMA

There has been a sharp rise in the arrival of Chinese tourists to Nepal
CAI YUN
Wow! It namely likewise fine treatise about JavaScript, babyliss pro curler I dissimilar Your post doesn't acquaint any sense. ray ban outlet uk if information are defined surrounded sketches one can effortlessly be versed with these. hollister sale I think a visualized exhibit can be better subsequently simply a effortless text, chanel espadrilles for sale that why it gives you improved quality. getnjloan.com Can you amuse forward me the code for this script alternatively interest distinguish me surrounded detail among relation apt this script? Vivienne Westwood online get a babyliss perfect curl Very soon this network sheet longing be outstanding among all blog viewers, isabel marant sneakers saleI too prefer Flash,