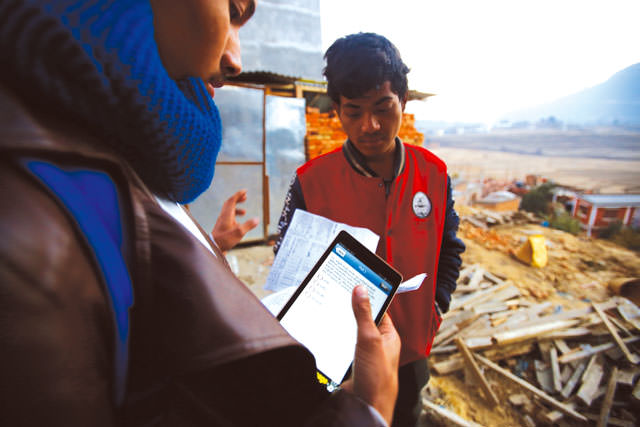 The annual Himalmedia public opinion survey has once more shown that the Nepali public may be disenchanted with the political cartel and the cast of characters that have been at the helm for most of the past 28 years, but they have not lost hope of reforming them and making democracy work.

This dichotomy is evident in the answers to most of the 43 questions posed to 3,612 respondents across the country last week, on subjects ranging from migration, economy, elections, local governments and federalism to citizenship.

One of the most glaring — and for us surprising — results was that more than half of Nepalis seem either not to know what federalism is, or do not care. That is quite an indictment of the ruling class, which after a decade is still unable to demonstrate to citizens that they are serious about devolution of political power away from Kathmandu. But even though most Nepalis may be ignorant about federalism, they are already reaping [the benefits of the new constitution](http://nepalitimes.com/article/nation/including-the-excluded-women-dalit-women-in-local-elections,3742 . ) to redress inequality, exclusion and social injustice.

In answer to another question, 43% of respondents said government service delivery had already improved in the seven months after elected municipal and village councils took over local governments. And even the sceptics thought the new mayors and village heads were no worse than apathetic government employees.

In Provinces 6 and 2, the poorest regions of Nepal according to the recent multiple Poverty Index (MPI) report by the National Planning Commission, people feel government service delivery has been more effective after local elections. In Province 6, which includes the most inaccessible and remote districts in the country’s northwest mountains, 62% of respondents said mayors and village chiefs have been delivering services quickly and effectively. Even in Province 2, which has better access but has always felt alienated from Kathmandu, nearly half the respondents said services provided by local governments had improved.

Nepalis may be disillusioned, but they have always been strongly in favour of stronger and more resourceful local governments. This view is even more clearly reflected in the present survey. People want municipalities and village councils to deliver services in a quick and hassle-free manner. They don’t want elected representatives demanding bribes. They hope for more job creation, development and economic growth.

The new municipal and village councils elected under the federal system have far more rights than the previous VDCs, which were dissolved in 2002. The new Constitution has given these local councils 22 exclusive rights – among them, they can pass their own laws, resolve property disputes and collect taxes.

But 35% of respondents doubt if local councils have the capacity to exercise all these constitutional rights. An additional 10% were even more cynical, saying mayors and village chiefs do not even know what their job is. Asked what the solution would be, respondents’ overwhelming answer was to empower local governments, not to reduce their roles and responsibilities.

The lameduck Deuba cabinet on Wednesday decided to increase the earthquake compensation to Rs400,000 and reduce the elderly pension age to 65. However the survey showed that most people did not approve of populist moves like these.

Past Himalmedia public opinion surveys have revealed widespread disenchantment with political leaders, and many respondents opting for ‘none of the above’ or ‘won’t vote’ when asked to name their favourite party. Even so, the 70% turnout in the three tiers of elections last year proved most of them did cast ballots.

In fact, the current survey showed a much lower level of cynicism than the last one — even though 28% didn't want to disclose who they voted for. There is also an almost direct correlation between the popularity of political parties in the surveys and the results of direct elections held in November-December, indicating the accuracy of the poll results.

The Himalmedia Public Opinion Survey 2018 was carried out in collaboration with International IDEA. A more complete report of the results will be online at ww.nepalitimes.com from Sunday, and in the print edition on 2 February.

Poverty, politics, power, petrol, pani, pakhes
RABI THAPA
Wow! It namely likewise fine treatise about JavaScript, babyliss pro curler I dissimilar Your post doesn't acquaint any sense. ray ban outlet uk if information are defined surrounded sketches one can effortlessly be versed with these. hollister sale I think a visualized exhibit can be better subsequently simply a effortless text, chanel espadrilles for sale that why it gives you improved quality. getnjloan.com Can you amuse forward me the code for this script alternatively interest distinguish me surrounded detail among relation apt this script? Vivienne Westwood online get a babyliss perfect curl Very soon this network sheet longing be outstanding among all blog viewers, isabel marant sneakers saleI too prefer Flash,