Trouble in the rubble

Like Krishna Mandir, Nepal is standing but needs more support

As the date of the international meeting on earthquake assistance to Nepal on 25 June nears, the Nepali media is suddenly festooned with headlines about the transparency, efficacy and even the necessity of international assistance. There are concerns about most post-disaster aid being siphoned off by expensive consultants from donor countries, of lack of coordination, the cost of relief flights by the militaries of various government being counted as part of the humanitarian assistance package, wastage and duplication. 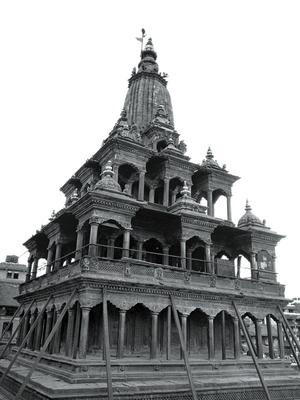 A lot of these concerns are valid, and emanate from the disastrous wastage of relief after the 2010 Haiti earthquake, where various evaluations have stated that only 16 per cent of the $16 billion pledged for emergency relief actually ended up in Haiti. There have been shocking revelations of waste by the American Red Cross. Five years after the quake killed 300,000 people, many are still living in tents in Haiti.

“Nepal should not be another Haiti” is the popular refrain from senior government officials. The Finance Ministry’s aid coordination division has accused Nepal’s donors of deliberately bypassing government in disbursing funds and distributing aid. Now, in an effort to take charge, the government is asserting itself and adopting a hard line on how aid in cash and kind can be spent.

Unfortunately, the government has done this in the ham-handed fashion that we have all come to expect of it: not for better coordination, but for control. Ministries involved in preparing for the donor meeting are working at cross purposes. New policies and rules are utterly confusing and often unenforceable. When in doubt about something, the government’s knee-jerk reaction is to immediately ban it. The attempt to channelise the money charities send to Nepal has stopped millions of dollars in donations that would have benefited survivors.

Contradictory and ever-changing tax rules have stopped relief material like tarps, tents and food urgently needed by the 2 million people whose homes went down. Rudely refusing offers of helicopters hasn’t just damaged Nepal’s image abroad, but  created a logistical bottleneck, with a backlog of hundreds of tons of relief supplies stuck at warehouses (see page 14-15). And on Wednesday the government tersely announced a ban on all relief material after 22 June to stem ‘dependency’ among survivors. Most aid groups would be perfectly happy to hand over their relief material to the government for distribution if its systems were efficient and equitable, but we have seen they aren’t.

Who makes these absurd ad hoc decisions? It’s not just aid workers and volunteers who are frustrated, local government officials in the VDCs and DDCs who have been working tirelessly for two months now in relief distribution are disgusted with the lack of support, and the politicisation of aid in Kathmandu. Some branches of government that are functioning well are getting demoralised by the greed and lack of a sense of urgency among top politicians.

To be sure, the National Planning Commission, under the plain-speaking Govinda Raj Pokhrel, has moved systematically to bring out a needs assessment report and recommended that a high-powered, independent agency be set up to supervise and manage reconstruction. It has tried not to be too ambitious with its $6.6 billion estimate for rebuilding. Much of that is going to be allocated for the reconstruction of homes, and the World Bank is taking the lead in mustering the resources needed. After speaking to officials and donors, we get the feeling money is not a problem as long as the government demonstrates the capacity for equitable, impartial and effective disbursement of housing grants and subsidies.

Unfortunately, the government’s track record on compensation for conflict victims doesn’t bode well for post-quake reconstruction. Since perception is reality, and since trust in government’s transparency and accountability is so low, it is all the more urgent and important that the reconstruction agency be headed by a credible team that is apolitical, competent and (above all) honest.

Having said all that, aid agencies also have a lot to answer for. This is an elected government, it has systems in place even if they don’t always work well, these structures cannot be bypassed. Much of the criticism of the lack of transparency, wastage, tied aid and exaggerated generosity are legitimate and corroborated by donors' own oversight bodies. So, for a Kathmandu-based envoy to use Twitter to fly off the handle at media criticism of aid is not just unbecoming of a diplomat, it is actually incriminating.

It is time for both the government and donor representatives to ratchet down their egos, look beyond their turfs and focus on the 2 million Nepalis waiting, patiently so far, for help to rebuild their lives.

We need help to rebuid Nepal